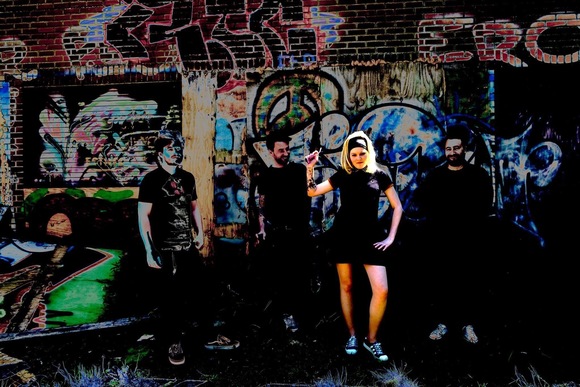 Slightly off-kilter harmonies, the sparkling twang of two interlocking guitars and an undeniable knack for catchy pop tunes combine to generate a unique wall of sound.

By the end of 2012 Marieke Hutsebaut, the band’s bass-player and songwriter, had recorded a handful of haunting bathroom demos which caught the ear of music publisher Strictly Confidential and veteran indie label [PIAS]. Not to mention hundreds of “early adopters” around the world. Touting her catchy, yet spirited and heartfelt material, she quickly assembled a talented live line-up.

Come 2013, The Spectors had joined forces with a publisher, a label and a booking agent, wowing audiences at established Belgian indie festivals such as Dour, Boomtown and Leffingeleuren. A support slot for My Bloody Valentine proved an early high point in the young band’s career.

A hook-up with Chris Urbanowicz, formerly of Editors, resulted in The Spectors’ first self-titled E.P., released at the beginning of 2014. Nico and Dig, the two singles taken off the E.P., remained in the indie charts (Studio Brussel’s De Afrekening) for a combined 18 weeks. Plenty of airplay, positive critical reaction and, to top it all off, a coveted spot on two best-selling compilation CD’s of the revered indie chart show. Not bad for a debut E.P.!

The ensuing Festival Summer, with appearances all over Belgium saw concert-goers singing along to “Losing touch, like Nico did…”, while their passage at Pukkelpop, arguably thé litmus test for upcoming bands, was hailed by Humo as the “perfect Sugababes/Breeders sandwich”. Deredactie.be, the website of Belgium’s national broadcaster, proved equally impressed, predicting “a spot in the Marquee, or even on the Main Stage in a few years’ time”.

The EP is now available physically and on various digital platforms.
http://thespectors.be/ep-out-now/