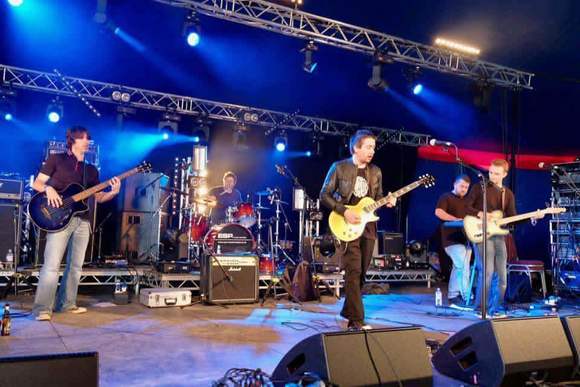 The Side are based in Ross-Shire in the Scottish Highlands.

​
Drawing influences from the likes of The Beatles, Ben Folds Five, Catfish and the Bottlemen and Ocean Colour Scene.

Highlights for the band include supporting Bon Jovi at the 02 Arena in London and playing festivals in Russia, France, Holland and Luxembourg.
​
2017 saw the band promote their second album "Starting Over". Highlight gigs included playing EDF Festival over on Benbecula and the main stage at Belladrum Festival.
​
The band are currently working on new material and hope to relase their third album later in the year.
​
New tour dates will be announced soon.