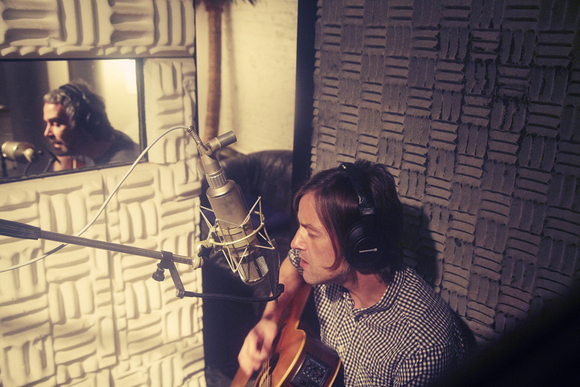 The charm of the B-Side is in the modest and unassuming nature of the contract.

Overshadowed by an intently populist and attention-seeking A-Side, the B-Side makes no claims on your expectations nor does it clamour to appease any whims of fashionable taste. The B-side exists simply to entice you with the possibility of serendipitous surprise and fantastical wonderment. The music of THE SAY HIGHS is equally capable of catching you off-guard, with catchy tunes that will sneak up on you quite unexpectedly and then lodge themselves most firmly & pleasantly in your head.

Since their establishment in Berlin, Germany in 2005 with a nucleus around Guido Kreutzmüller and David McGinty, the band have written and produced numerous B-Side songs in the best tradition of folk music and have performed at innumerable gigs in theatres, clubs and bars and shared stages with acts like Kula Shaker, The Posies, Blumfeld, The Sea and Cake, Circa Waves, Slow Club, Jack Penate, Matt Keating or The Twang.

There's no denying THE SAY HIGHS' love of casual. The particular appeal of their songs lies within the subtle breaks, the delicate twists and turns and the little details. Clever collages of sound evolve into fully-formed works of art in which playful and experimental counterpoints can be heard at every chord and every bar.

Smokey close harmony vocals juxtapose with jingle-jangling guitars, whilst at each turn pretty melodies and fleeting thoughts make themselves known, floating unassumingly on by through these understated B-Sides. All in all, the songs of THE SAY HIGHS present a duality not dissimilar to the two sides to a record; here are happy and sad, gritty yet tender, laid-back but impatient, songs for at home but also for the road, songs to dance to and songs to quietly meditate upon.

Can folk music find its voice in the big city? Does every biography write its own folk song ? Is quiet still the new loud? And is it still OK to mention love in chansons d'amour? THE SAY HIGHS' answer to all the above questions is an emphatic YES.