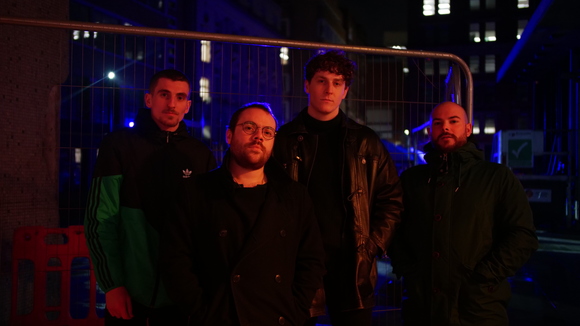 The Perps’ first release, Cut It, launched on New Years Day 2020, showing a funky melodic side to the band. The following release, Walk Like This Now, hit the air on 15/07/2020, scheduled for release in May 2020, but delayed by the pandemic; Walk Like This Now acts as homage to the Mancunian roots of the group, with a groovy edge to it. Bad Way, the third release, was launched on 16/10/2020, giving an insight into a much more rocky side of the band’s musicianship, followed up by the fourth and final instalment of the EP - All Puppets, No Strings - having recently been recorded, to be released by the end of 2020 / early 2021. It promises to show yet another side to The Perps, delivering a rousing ballad, which will complete the fourth cornerstone as a representation of the musicianship and songwriting capabilities of the band.

The Perps are continuing to record during these restricted times and have a further 6 tunes in various stages of production and many more from the set lists under consideration.