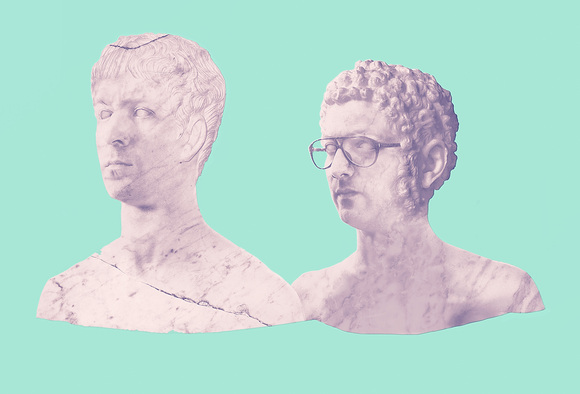 The Moustache shakes up the usual tired musical formulas with calculated movements that inevitably lead to uncontrollable ass shaking.

Ultra-rhythmic guitars blend with colorful, tropical instrumentation and a peculiar use of timeless dancefloor electronics. This combination crystallizes in a hectic live show in which one can experience the miracle of two guys sounding like a six-piece band.

After four years of experimenting with various lineups and bases of operation, The Moustache established itself as a duo in Berlin. This illustrious group has participated in the Collection Madrid Terminal (Subterfuge, 2005), also in Ich bin ein Berliner (Pale Music / Araknid, 2008) together with Bonaparte, Glamour to Kill and Steve Morell. In 2011 they released their debut album Botón Elemental (El Hombre Bala Records) : "An album with broad aesthetic intentions, dialing in at a higher level than the provocative electro-rock genre that spawned them” (Mondosonoro , 2011).