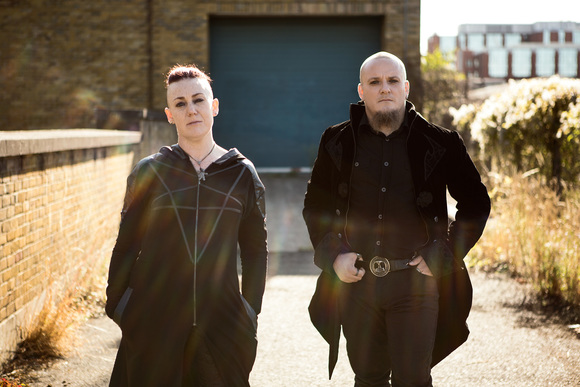 The name, The Medea Project, was first heard on the east coast of South Africa when a group of talented young musicians made a briefly brilliant impact on a staid and unready music scene, dazzling and intriguing before quietly imploding.

However the essential seed of the band’s sound was carefully carried by guitarist/front man Brett Minnie, to be planted once more, once fertile soil was found.

Several years and many more miles later, Brett Minnie found himself in southern England, where creative people and opportunities abounded. The time for The Medea Project to grow once more had come. Having recruited Pauline Silver on drums and Bradley Reimann on bass the reborn band began to play shows around London and the south east during 2017 – and they set about recording their first EP. The self titled, three track affair captured the unique magic of The Medea Project’s sound; the diverse, brooding intertwining of gothic and metal that had captured hearts on two continents. Soulful, melancholic, raw and heavy, these songs conjured shadows and taught the dead to dance.
In 2018 the band took their macabre anthems further afield, touring the UK with Italian psychedelic sludge wizards, NIBIRU, supporting the heavyweight riff kings, CONAN and doom lords THE PROPHECY. At this point, with the band’s schedule becoming busier and busier, Bradley Reimann decided to step down from his bass duties. In a typically unconventional move The Medea Project recruited upright bass player, Sean McElroy, who helped the band to take their music down even more unusual, twisting and characterful pathways. The rejuvenated band played thrilling shows with the likes of GODTHRYMM, KYLVER and AWOOGA, constantly growing as a live unit.

Initially the creative and personal alchemy between the three musicians seemed perfect. However, beneath the surface pressure was building as the time to record The Medea Project’s debut album approached. Just before they were due to enter the studio in 2019 Brett and Pauline made the difficult decision that to safeguard the future of the band, they had to continue alone...and continue they did, entering the studio as a two piece...

...because this time there will be no laying to rest of The Medea Project, no lapse into hibernation. Now part of the Imperative PR management roster, The Medea Project are ready to take their music across every ocean and every border. Fans the world over will find their hearts resonating to the dark rhythms of this most unique of bands.