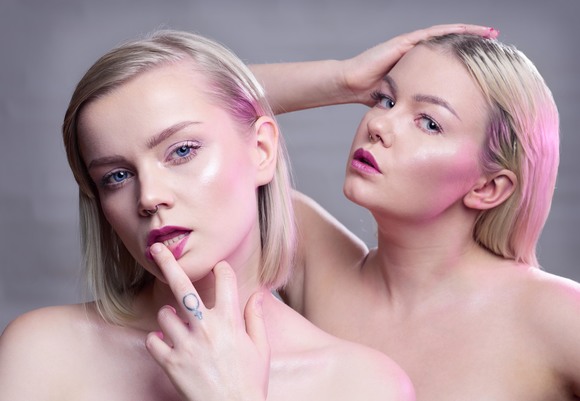 Their debut album ”Ugly Youth” dropped in 2017 and featured the singles ”Sad Girls Club”, featured on Netflix’s ”Elite”, and ”Young And Wild”, one of the top-ten most played Swedish tracks on national radio that year. Their single ”American” was in radio rotation throughout the summer, fall and winter of 2020.

As of 2021 they’re signed to K51, with ”Monster” being the first joint release. The feature-length documentary ”The Magnettes” are just released

Quotes around The Magnettes
Perez Hilton
“The Swedish duo is very reminiscent of fellow Swedish duo Icona Pop, whom we love.”
http://perezhilton.com/2017-02-26-the-magnettes#.WNT9ajvhCUl

Beehive Candy
The pop hooks grab you, whilst the punk overtones give the song some real edge. All of which makes the debut album something to look forward to.
http://www.beehivecandy.com/2016/09/globetrotting-tuesday-magnettes-jenny.html


The 405
'Killers In A Ghost Town,' is a black-hearted love song and call to arms for every bored teenage girl who's outgrown her small town's offerings.
https://www.thefourohfive.com/music/article/the-magnettes-single-killers-in-a-ghost-town-is-a-black-hearted-love-song-145

Drowned in sound
Swedish pop sensations The Magnettes, whose fast paced electro pop owes as much to Abba and Roxette as it does leftfield artists Ladytron or Surfer Rosa.
http://drownedinsound.com/in_depth/4149006-ten-things-we-learned-from-the-great-escape

Pop Dust
The Magnettes Are 'Killers In A Ghost Town' & Will Take Over The World
https://www.popdust.com/the-magnettes-are-killers-in-a-ghost-town-will-take-over-the-world-1893228837.html

Scandipop
If you’ve been sleeping on The Magnettes then do yourself a favour and wake up!
http://www.scandipop.co.uk/song-the-magnettes-sad-girls-club/

Fame Magazine
IT’S ABOUT BEING AN OUTCAST AND AN UNDERDOG
http://www.famemagazine.co.uk/2016/04/19/the-magnettes/

Galore Magazine
Besides being called “Glitter Punk,” The Magnettes prefer to be more accurately described as “21st Century Fuck-Pop,” a genre we are more than willing to be down with.
https://galoremag.com/premiere-glam-glitter-punk-horror-magnettes-hollywood/

Pop Crush
With its glittery, sparkling production and peppy synths, the track is reflective of all that shiny, projected magic, with some deceptively dirty lyrics thrown in
http://popcrush.com/best-songs-we-heard-this-week-rebecca-black-the-pretty-reckless-ofelia-k-more/