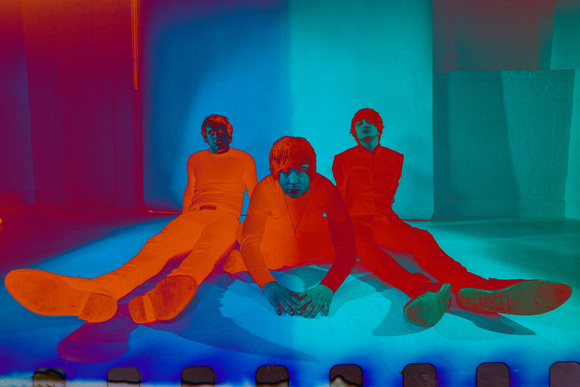 The Luka State are a rock band from Winsford, Cheshire, in the North West of England, halfway between Manchester and Liverpool.

In 2013, the band released three singles: "Matter of Time," "30 Minute Break," and "Rain;" all three being recorded by Sam Williams, best known for discovering alt-rock band Supergrass. They were picked up by Vulture Hound, which called the group "the epitome of modern Rock-n-roll."

In 2014, Whitmore parted with founding members Ellis and Bell, the latter citing musical differences and leaving room for Jake Barnabas as drummer. This change coincided with a change to a more electronically enhanced sound, described by Clash as "all epic guitars and contagious synth lines".

In 2015 the band headed recorded and released their debut mini album The Price of Education. The album was self produced by the bands bassist engineered by Mark Winterburn.

2016 has seen the band holed up in the studio crafting their sound and creating their debut record due for release in late 2017. It has again been produced by the bands bassist Sam Bell, but under the direction of Dave Eringa (Manic Street Preachers) and is being mixed by Chris Sheldon (Foo Fighters)