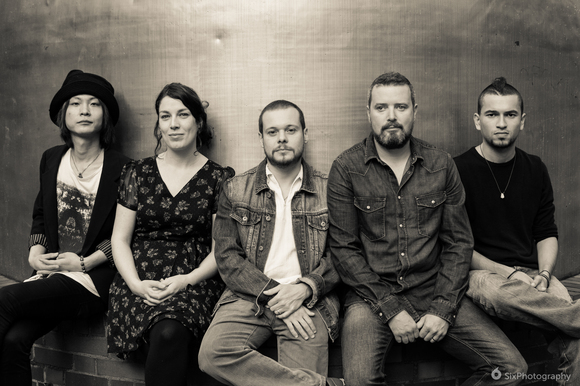 Part Irish, Italian, Brazilian and Japanese they play original folk songs with pop sensibilities. Their music places lots of emphasis on melody and engaging lyrics. In a live setting they empower their music with energy & passion.

Combining influences from Folk, Rock, Blues, Pop, Traditional and Country genres, the band have created their own distinct sound.

In their short life span they have immersed themselves in the live music scene having played, among others venues, Whelan’s, The Cobblestone, Bewleys Café Theatre, The Harbour Bar in Bray, Boyles in Slane, Sin É, Mooney's of Wexford and Sweeney’s.

The band have released their first EP 'Lindsay Road' (Nov’14), recorded by Marion McEvoy in Panchord Studios. It is available to stream/purchase from www.thelongtails.bandcamp.com
The band has recently been shortlisted to showcase at the Live at the Hub programme as part of Temple Bar TradFest 2015.