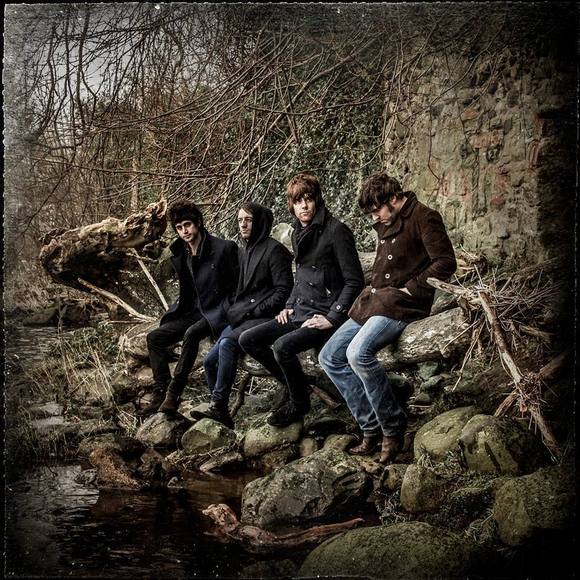 The Holy Ghosts formed in January 2012 to spread the good word of the rock n roll gospel.

They are a five-piece band from Edinburgh playing Rock n' Roll/Country and a dash of the Blues. The Holy Ghosts draw inspiration from the R’n’B, Country Rock and Americana bands of the 60s and 70s and apply a unique twist of Scottish modern life.

The Edinburgh five piece have been making an impact on the Scottish music scene with festival slots up and down the country. They have also played to a sold out crowd in the HMV Picture House, shared the stage with The Proclaimers at Heb Celt Festival and supported Alabama 3 at Glasgow's 02 Academy. This has been topped off by supporting Status Quo in front of a sold out crowd of 5,500 thousand people in May 2014.

The band released their first EP 'Devil On Your Side EP' in March 2012 with Scottish producer Garry Boyle (Broken Records, The Banana Sessions and Stanley Odd) and Owen Morris (Oasis, The View), they went on to released their second EP - Voodoo Shakedown in March 2013. Both EP's have been aired across the UK on the BBC, and have recently been played on various radio shows in the United States. This period for the band was completed with the release of their debut album, Ride Them Down, in May 2014. They celebrated the release with two sold out shows at Edinburgh’s Electric Circus and Glasgow’s Nice N’ Sleazy venues.

They picked up 'Best Newcomer' at the Scottish Alternative Music Awards 2013 and have also performed live on BBC ALBA for their RAPAL TV show, as well as a live session for Janice Forsyth’s Culture Studio on BBC Radio Scotland.

2014 will finish with support slots with Big Country at Perth Concert Hall and Alabama 3 at The ABC in Glasgow, then into the studio for the next EP, slated for release in early 2015. This will see The Holy Ghosts take the next step in their development, and is a step not to be missed.