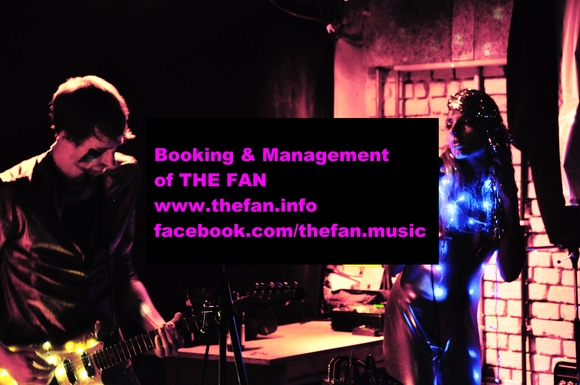 A powerful and intriguing voice backed by guitar, synth and drum sequencer, what else do you need to create your own universe of sound?

That's what THE FAN use to create their fine lectronic pop music sparkling with catchy melodies placed upon tight grooves and funky riffs. Inspired by the duo's love to all kind music and driven by all their emotions, you'll keep this music in your head!

Max von Morgen, former member of the german indie rock band Starter, and D Lorry Ann, singer and costume/stage designer, started THE FAN in 2011 in Berlin Neukölln, creating an intense, colorful pop universe of their own which resulted in the release of the album THEFT YUCK MESS in 2013. At the end of that year they started playing live, adding more guitar to their electronic tunes and the magnificent voice of D Lorry Ann. The live performance show quickly entered well known venues like Katerkiosk or Salon zur Wilden Renate. In spring 2014 they will release another single, in May 2014 they will appear as part of a theatrical performance at Sophiensäle, Berlin.