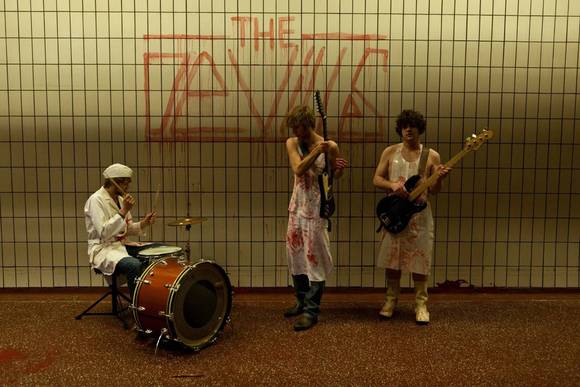 A randy mix of seventies rock and raw blues, embellished with a generous dash roots.


Always straight and as tight as a potbellied pig in a jogging suit.
The Devilles builds as energetic trio for several years on a beautiful trail, which meanwhile is peppered successful rockrally's crushing live shows and the constant hammering on new song material. They won Rockvonk, stood at Maanrock, Peer Blues and played clubs like Trix, The Depot, AB, Nijdrop, 4AD, ... . With an overload of song material The DeVilles attracted several weeks in the studio with none other than Paul aka Monsieur Lange Polle (Triggerfinger). The result is an exciting album full of bangers, which contain a live energy of the band.