THE DAY WILL COME 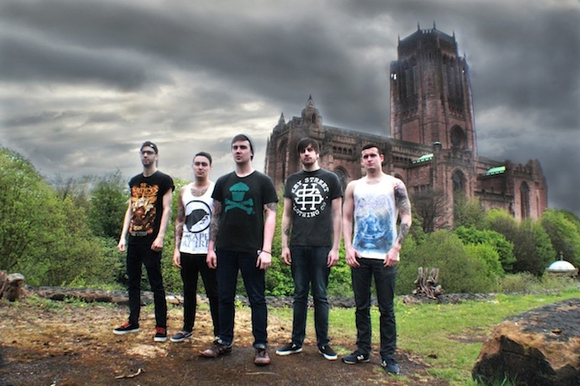 THE DAY WILL COME.

Liverpool based metal outfit 'The Day Will Come' are back with a vengeance.

Originally formed in 2010, The Day Will Come were put together from the ashes of the bands Seraph Impaled (This City is Burning Records) and Heresy of Thieves (Thirty Days of Night Records). Bound together through a sheer passion of performing heavy music, The Day Will Come stormed through several UK tours before they were forced to put the band on the shelf in mid 2011 due to commitment issues with their former frontman.

During the time out, guitarists Thomas Booth and Phil Wynne never gave up hope of a revival and remained hard at work writing music. After holding several auditions for the vocal position, the band met Harry Rule. On hearing his powerful yet refreshing vocals, they came to the unanimous decision that Harry was a perfect fit for The Day Will Come. Fast forward to 2013 and the band are back on the forefront of the British metal movement having just released their debut EP 'Life Before Our Eyes'. The EP was recorded at 4D Studios in Milton Keynes with Tesseract guitarist Acle Kahney. With Acle's undoubtable reputation as one of the UK's most respected metal guitarists, he was deemed to be the ideal candidate to make the band's ground breaking riffs come alive.

The EP takes on a sound that elevates above any early material and proves The Day Will Come have grown far beyond expectation.

With the release of a music video for their frantic song 'Ephemera', The Day Will Come now plan to adopt an extensive touring schedule with plans to visit every part of the UK and beyond into Europe.
Now a solid unit, the band have started writing a full length album set for a release in 2014.