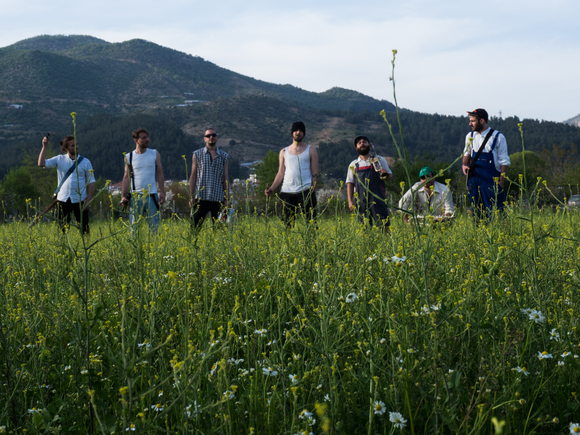 Coconuts looking at infinity. Musikandes for punk carilas. And a band from Xanthi that combines balkan rhythms with upscaling ska sounds and uplifting gypsy grubs. The Coconaut Rockers, from the streets of Xanthi, come to leave their mark! The band was first begun by Billy and Raff in May 2013 as one of its performances on the streets of Xanthi during the European Music Festival. From the band several musicians went on to consolidate the current shape:
Billy Alexandridis (Vox,Gtr)
Rafa Tasios (Vox)
Kari Karo (Vox, Gtr)
Lefteris Iliadis (Trumpet)
Xaris Laza (Sax)
Nikos Mitsou (Bass Gtr)
Stratos Logan (Drums)
With a number of appearances in various parts of Greece and their participation in many festivals, they have shared the same music scene with many well-known artists in the field. In March 2018 they presented their first record album, EP "Disco Gypsy UFOs", recorded at BSonic Studios.