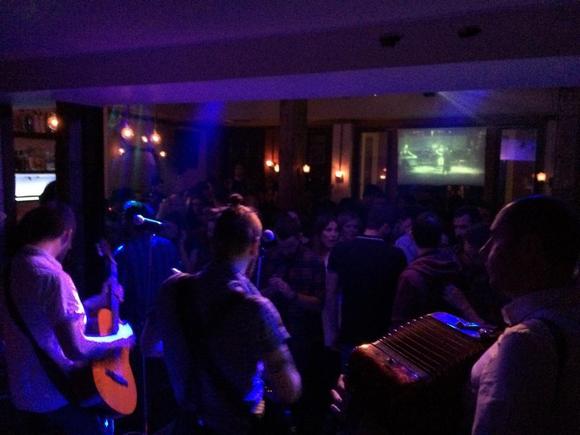 Cocos staring at the universe. Bohemians for punk traditional dances. A band from Greece which combines the Balkan mainstream tunes with the spicy latin/ska music with a nice gypsy/folk dose. Coconaut Rockers, from their picturesque town of Xanthi, are joining forces and their ready for the biggest Balkanoparty all around the world! The Coconaut Rockers” begun as idea from Rafael Tasios and Billy Alexandridis on May of 2012
on the roads of Xanthi city, during the European Music Day festival. During the fest they met Vartan Abovian and Spiros Koutsomixalis that are now basic members of the crew. After that, they had some lives on the roads of the city and then at MIKRO bar in xanthi. They had some more lives at the nearest territory 'till the band be more experienced with stage performing. Next target of the band now is the presentation of their first production (demo) and the performing of other lives in other areas.