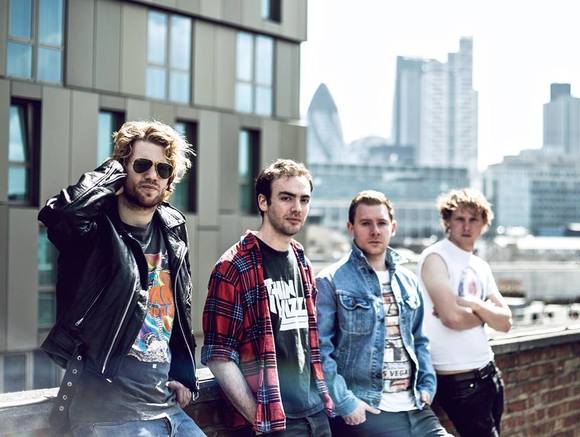 The band formed in summer 2014 after an extensive writing period together.

Inspired by a shared love of Nirvana, Bloc Party, Biffy Clyro, The Clash and all things David Fincher, The Capture Effect set about writing music that built upon these influences while maintaining a sound very much their own. Indeed their name and the idea of incorporating news reports and samples in their songs came about after an amp picked up a live radio broadcast during rehearsal. The phenomenon is known as ‘The Capture Effect’ and the rest, as they say, is history.

Their debut EP 'Frequencies' is due for release on 23rd March 2015 via Free Radio.

On Frequencies the London based four-piece have created intense rock music, spliced with electro-synth sound waves, bridged neatly by a compelling narrative told through provocative lyrical content. Each track tells an individual story as the band touch on myriad of topical subjects, both unique to the individual and to society as a whole.