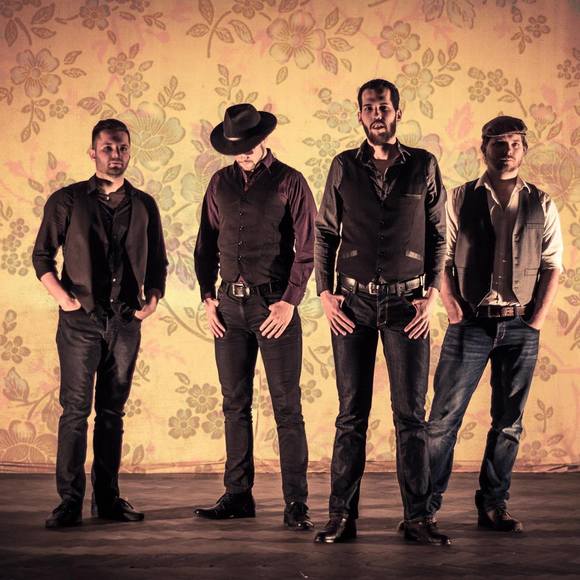 Originally started off as a trio and was playing cover blues songs. The first concert took place in March at a local pub. At the second concert the band performed in a completely different formation, which then remained the same for a long time. At the time the group consisted of two brothers, twins Hushegyi András and János (Husi and Johnny) and Zoltan Petrakovič. For the brothers, it was their first time playing in the same band, as they used to perform separately; each had his own band with a completely different style of music. The Butchers started writing their own songs and slowly created enough material for their first album. In late 2012, bass player Tomáš Bartha joined the band, so János could play on his original instrument, the guitar. The group of four young people finished the songs on their debut album with a fast pace. They started to record the songs in February 2013, and in June their first CD, Train to freedom, was ready. In the middle of summer 2013, the band opted for a replacement drummer, Félix Mózes. Felix supported the band to the end of the year. In 2014 Ladislav Šebo joined to the band as the new drummer.