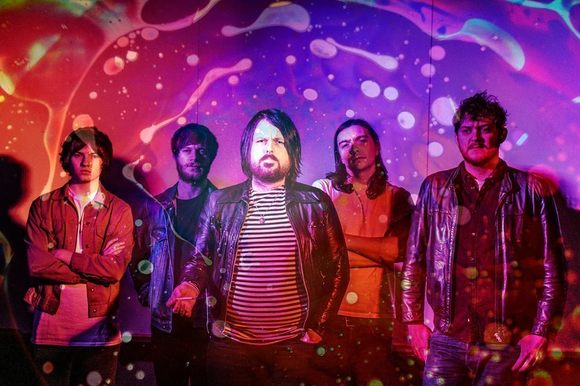 Having played 200 shows since their formation, the band have supported the likes of The Jesus And Mary Chain, The Stranglers, Kaiser Chiefs, Temples, Drenge, Toy, The View, The Bohicas, Shaun Ryder, Jefferson Airplane and many more.

Recent successful shows in Moscow led to the band being approached by Russian producer, Ilya Mazaev, who after having seen their live act, asked if he could record the band. This resulted in the track 'Medusa' which features as a bonus track on the 'Seven Circles EP'.

The Black Delta Movement have built a solid reputation as a live act and recently headlined Hull’s Freedom Festival and performed at several major festivals nationwide such as Cosmosis, Bingley, Standon Calling and Liverpool Sound City.

What They Are Saying...

“Great Boys, thanks so much” Kim Fowley (On hearing the band’s version of The Trip)

"They had a swagger and a style that belied their years, they're only young but they can really rock" Baz Warne (The Stranglers)

"British Rock'n'roll of the highest order, with a distinct acknowledgement to their forefather, yet with a firm foot in the now and beyond. BDM can, and should, go all the way within the industry" Mark Page (Founder of Humber Street Sesh)

"If Tame Impala and Oasis had a love child, The Black Delta Movement would be that child, class" Double Denim Live