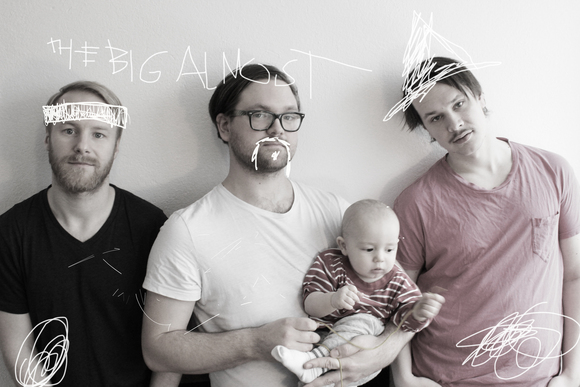 With one foot in synthpop, the other one in improvisation and the third one in noiseorck, The Big Almost makes pulsating music with strong melodies.

The Big Almost was established in Gothenburg in 2008 as a free improvisation-trio. The Swedish musicians Alexander Simm and Jacob Öhrvall, who had played together for years and developed an intuitive communication between them, met Øyvind Hegg Lunde in spontaneous forms and the Promised Land loomed in the horizon.

Since then, work method and aesthetics of the band evolved and The Big Almost anno 2013 creates a form of instrumental rock with wide frames. The synth has made its entry and the sound has grown with their musical visions. The common thread, and perhaps most obvious element of The Big Almost music is the natural interplay between the musicians. Whether it is explosive noise or airy pop as it is always there