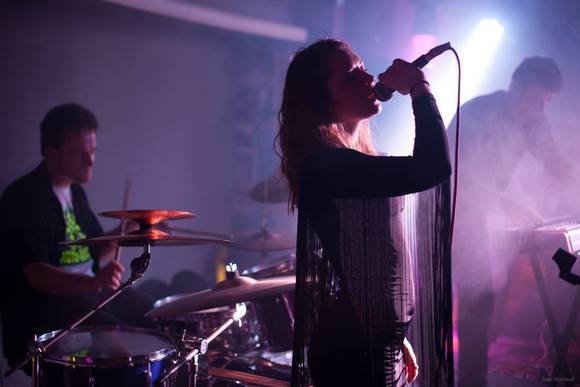 The Baltic States is a five piece indie band based in Liverpool, UK.

It blends techno and haunting electronica with hypnotic, soaring vocal melodies in order to create a uniquely powerful sound. In summer 2013, the founder members of the band, Jev Maligins and Helen Morrisson, released their debut demo single, ‘Kontrol’, which was extremely well-received by both radio and social media platforms. 'Kontrol' was named as track of the week by "Best of British Unsigned" and received wide airplay across the UK which included being featured on BBC Radio 6 by Tom Robinson.
The success of the single was complemented by the popularity of the promotional video which was uploaded to YouTube and which quickly accrued over 80,000 views. The video was filmed and edited by Helen and Jev.
Shortly after the equally successful release of their second single, ‘The Fire’, Helen and Jev were invited to perform an acoustic set for BBC Radio Mersey (the only acoustic set the band has ever performed).
With the more recent addition of drummers, Slay Janens and Vadim Sidorovs, and bassist, Laura Shea, the band performed their first live sets. So far, there have only been three such gigs but two of the venues that TBS have played include the famous 100 Club, London, in which they performed in the final of a national contest organised by Living Indie TV, and the even more prestigious Cavern Club where they performed at the request of BBC Radio Merseyside DJ, Dave Monks.
Currently, the band have locked themselves in a studio in order to record new material for future releases and live performances. The band will self-release their debut E.P. on 18 of October 2014.