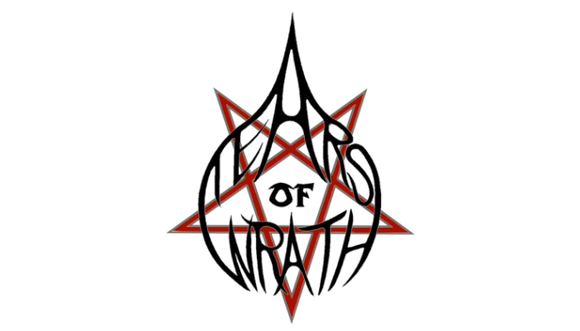 The band history has its origin in the 23rd district of Vienna. Lorenz Hofkirchner envisioned creating and singing in a metal band alongside his best buddy Mathias Sieghart, a guitarist.

On a Monday in October 2003, Mathias gave Lorenz a call. His former band had separated and did not exist any longer. Therefore he was (once again) ready to start in a new one. Now the two started looking for the right colleagues to complete their lineup.

To create their sound a little more punchy and powerful and enable to play licks with two different voices, they had to find a second guitar player. The first intention for the guitar player was to focus on rhythm playing (starting to provide additional lead licks in 2008). Ultimately at that same night, Andreas Erker took the chance playing in this band. First with the intention to have a personal artistic side project (his main band at that time was “Sith”). Now they had to find a band member who was pleased to play the bass. This person was found in Richard Fibich, who was also member in Mathias` former band.

While still switching rehearsal spaces every now and then, they were already playing their first few (shorter) shows, aiming for competitive band contests and joining local bands for gigs. Step by step they moved forward onto playing as opening acts for big players such as Torture Squad or the legendary Obituary, which enabled TEARS OF WRATH to present themselves to a larger audience and earn their first stripes!

The first demo, including “Armaggedon Generation”, “Willows Requiem”, “Ashes of an Aeon” and “Fate of Destruction” was recorded during one single day - a totally low budget production. This guided the band to an extensive search for a studio with the alternative to produce a demo professionally. Afterwards this might not have been the best succession - but at least the first TEARS OF WRATH product was created, which made it possible for the band to get the PR wheel rollin’ . This demo was sent to various promoters and booking agencies.

The next step: producing the first album, scheduled to be recorded at “Fernah” Studios in an urban quarter of Vienna/ Hütteldorf . Tone engineer friends of TEARS OF WRATH were just on the verge of readying that place for professional recording sessions.

For financial reasons the present drummer of that time decided to bankroll this project. Furthermore he (just like the rest of the band) was no big fan of the sound of “Armageddon Generation” and he feared a wrong decision in this context again. During summer of 2006, Stefan Hrabanek left the band on pursue, amongst other stuff, for his second music project “Lowbau” and his new job.

To sum up: the summer of 2006 wasn’t too easy for the band. Beside positive developments like a permanent rehearsal spaciousness the band lost their drummer.

Luckily, a friend of TEARS OF WRATH (former Brewtality drummer Oliver Butz) gave his OK to stand in recording the drum tracks was a breeze and could be finished very soon (he actually stars on all songs except “Willows Requiem”). Still, these times were always shaped by their makeshift character - which made it hard to be working creatively.

Beside the loss of their drummer TEARS OF WRATH were able to catch some support gigs, such as the great chance as an opener band for the famous band “Cradle Of Filth”. Now known as marking the highest peak of their career so far! Furthermore this evening playing as an opener has to be mentioned, because - the “drummer problem” was to finally solved... After making an appeal of searching a drummer for the band to the evening`s audience Markus Piribauer expressed his interest. He was invited to play a few rehearsals, after which he eventually became their new man behind the drums and also a permanent member (he’s the one playing on “Willows Requiem” as the other tracks were already done by the time of his joining the band).

During the mastering process of the new CD, TEARS OF WRATH played a few live gigs. To name a few bands that were supported by TOW, this short list should give a brief overview:

2008-PRESENT: a new front man and the current line-up

Unluckily some other lineup problems occurred in the band. Subjective and musical reasons led singer Lorenz Hofkirchner into a lack of motivation and into a large black hole... Furthermore a planed semester abroad brought TOW to the decision that something had to change.

More and more frequently, Richard Fibich (bass) assumed and helped providing vocals. These developments brought the band to the position that Lorenz had to leave the band. The opening show for Hollenthon was the first night that had the bassist playing and singing into a microphone. This gig showed that TOW made the right decision. After a while, the other members began to approve of this new, more aggressive singing style and decided that this could mean a huge leap forward - when the audiences expressed similar feelings, they knew that change was imminent.

After consensually parting ways with Lorenz, 10/24/2008 saw the release show of their first album “Apocalypse Rising” (which still features him on vocals) at the Viper Room (Vienna) with Richard singing on stage. This was the time when Richard (in addition to his bass guit duties) officially took over singing and preparation of lyrics. From now on, TEARS OF WRATH was a four-man-band...

Apart from more gigs, they got to play at Kaltenbach Open Air, their first festival show. Other gigs were played at Vienna’s University of Technology, Szene Wien, Escape Metalcorner, Viper Room, Arena, Bach, Replugged and also a gig exchange stint together with Cremation (one show at Replugged, one show in Mürzzuschlag, Austria the following night).

Not even two years passed since “Apocalypse Rising” was released, but the guys were more than ready for their next album. This time, they wanted to improve things wherever possible and make something that was in total contrast to its predecessor.

It was intended to carry the mark of professionalism (in both musicianship and production) and much more complex, aggressive and “dark” song writing. As the line-up remaining quite stable for the last three years, the goal seemed at reach, but Fernah studios had a different vision than TEARS OF WRATH (plus financial issues). Therefore, they had to look for another studio offering to transpose the whole project the way it should be.

After doing some research, the guys discovered Udio Media (headed by Norbert Leitner) as the ideal partner - who spent the last 6 months producing their follow-up to “Apocalypse Rising”.

This new record will be released as “...And Only Dust Remains” and shows what TEARS OF WRATH stand for: fast, melodic death metal with quite a shot of black metal and a hint of thrash!