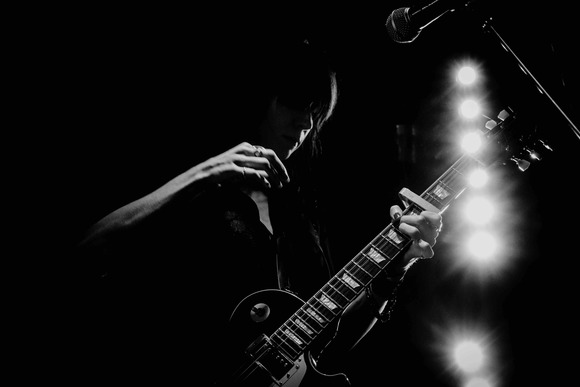 Suzie Stapleton - We Are The Plague - Album Trailer - Out July 31st

Debut Album 'WE ARE THE PLAGUE' Voted Top 22 Albums of 2020 So Far by Louder Than War "A dazzling debut album of guitar rock, fused with the primal spirit of blues and gospel...

Metal Hammer
"Stapleton's sonorous voice, black velvet guitar tone and atmospheric, dense arrangements in combination with great songs make up the irresistible chiaroscuro charm of We Are The Plague.”

4/5 Rock & Folk (France)
"While fighting for a better future, "We Are The Plague" never ceases to make your head spin."

10/10 Full Moon Magazine (Czech Republic)
"Her unusual voice with a hint of hoarseness, combined with a harrowing guitar sound and darkened melodies, brings her a comparison with Tom Waits, Patti Smith and Chelsea Wolfe."

RPM Online
"The jury’s in, absolutely no doubt this is my LP of the year so far."
​
**********
SUZIE STAPLETON is an alternative rock artist. She is known for electric live performances and guitar-driven noir soundscapes that cross into gothic-blues and alt-folk.

Stapleton relocated to the UK in 2015 after several European tours and a chance encounter with producer Cypress Grove. Instantly enamoured with her midnight vocal, Grove invited Stapleton to record for The Jeffrey Lee Pierce Sessions Project, a labour of love and tribute to The Gun Club’s frontman. This invitation saw Stapleton appear alongside Iggy Pop, Debbie Harry, Nick Cave, and others - it seemed Stapleton’s muse had bigger plans for her, whisking her from the Southern Hemisphere and planting her amongst her musical heroes. This twist of fate led to Stapleton also appearing as guest vocalist on two records with Lydia Lunch and & Cypress Grove, boosting her cult following and cementing her reputation as one of the most intriguing new acts on the London scene.

Over the past two years, Stapleton has independently released a string of singles gaining airplay on BBC Radio 6 Music, BBC Introducing, Absolute Radio and Amazing Radio in the UK, and the ABC and Double J in Australia. Stapleton has opened for artists such as Mark Lanegan, Mick Harvey, The Church, and Boss Hog and appeared at festivals including Colours of Ostrava, Liverpool Sound City, Camden Rocks Festival, and Binic Folk Blues Festival.

In the summer of 2018 Stapleton locked herself away to commence writing sessions for her first full-length release “We Are The Plague”. “I had just finished touring with The Church, and an opportunity came up to use a vacant house in Brighton. There was no furniture just bare floorboards with nails sticking out, covered in ancient carpet glue. I got a bed and an old fridge from Freecycle, set up camp and got to work”.

These bleak surroundings void of distractions proved a fertile ground for creativity. Stapleton conjured a collection of poetic and textured songs that formed a deep, dark pool to draw from when rehearsals started that autumn with the band in London.

Stapleton met bassist Gavin Jay when she toured with Jim Jones & The Righteous Mind, with whom he also plays, in 2015. They joined forces with drummer Jim Macaulay (The Stranglers) in 2017. When they made their live debut at Servant Jazz Quarters in 2018 Louder Than War touted it as “An unmissable opportunity to see one of the most exciting emerging talents before she hits the big time”.

Drawing on her background in audio-engineering, Stapleton self-produced the record which consistently defies the limitations of the humble three-piece. This comes down to Stapleton’s attention to detail and her expressive guitar playing which ranges from the light touch of Elliot Smith and Duke Garwood, to razor sharp, effects-soaked riffs evoking Sonic Youth, PiL, or Soundgarden. Jay and Macaulay provide a solid, seething backbone for the record whilst Stapleton adds touches of piano and violin to fill out the soundscapes. Her long-time collaborator, cellist Gareth Skinner from Melbourne, also appears on three tracks adding to the overall lushness of the record. The album was mixed by Dan Cox (Thurston Moore/Laura Marling/Pete Doherty) at London’s Urchin Studios.

“We tracked the drums and bass at OX4 Sound in Oxfordshire early in 2019. I then worked on the sessions at home where I recorded the vocals and guitars and worked on arrangements. It can be difficult keeping perspective when you’re switching between engineering and performing, so this process took a while. At times I was also limited by my basic set up - an old computer that struggles to run an old version of Protools, and I only have two mic inputs, but I made it work.”

Stapleton has now settled permanently in Brighton, drawn to the sea and the pull of an ancestral tide - Stapleton’s grandmother was born in The Lanes in 1922, across from where Bella Union records now stands, and her father grew up in the area.

“We Are The Plague” is released on July 31st, on Negative Prophet Records distributed via Cargo Records.

********
For all upcoming gigs visit www.suziestapleton.com