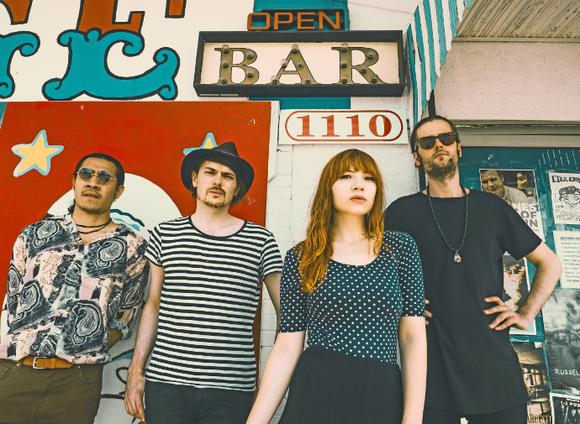 Her tuneful songs sound a bit like locking Dusty Springfield, Serge Gainsbourg and Joni Mitchell in the Rolling Stones' French basement studio to write the soundtrack for a Tarantino movie that will be released decades later.

Yes, Suzan Köcher sounds like out of time or even better floating in her own time bubble.
She combines the abysmal of a Nico with a warmth that never leaves a despised blessing on everything.

And the ever-tastier colleagues of Nothing But Hope And Passion rave in beautiful pictures of their new single "Peaky Blinders": "A slow beat and moody tunes create a cinematic, almost sinister feel, (...) perfect to imagine yourself walking away in slow motion from the house just set fire. "

The singer from Solingen, meanwhile calling herself Suzan Köcher's Suprafon putting more focus on her band, has recorded an excellent debut “Moon Bordeaux” for Unique Records. Also live she makes an impression, so audience and press attending her performances at the SXWS in Austin, the Open Source or the Maifeld Derby were collectively entranced. Her psychedelic folk-rock never gets very effective, her songs are quite brittle and partly friendly, they have depth and they have a corresponding effect: lasting.

At the end of this year her second album "Suprafon" will finally be released on Unique Records. There are already two singles to hear and see - "Peaky Blinders" and "Poisonous Ivy".

Here are the videos: