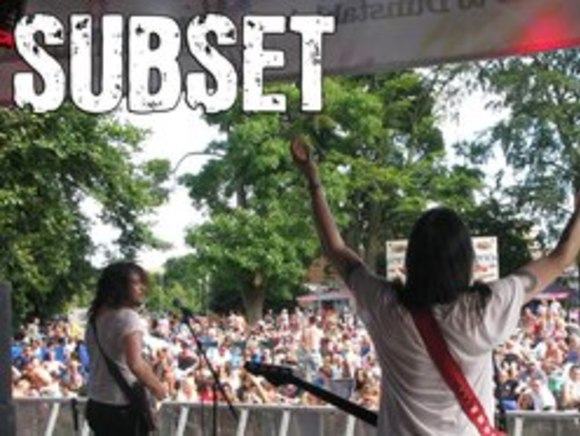 The band started playing live in early 2009 with no money or resources fulfilling their first tour in 2010 without a van by carrying their equipment and travelling by bus.

Through word-of-mouth, Subset came to the attention of Simon Trought (Let’s Wrestle, Screaming Tea Party, and Stolen Recordings) who saw the band’s potential and helped produce their first track. This track was an overnight success.

Within their first year together their fans convinced them to enter the Surface Unsigned Competition. This they did and, with the help of their loyal crowd and public voters, were able to beat over 100 acts to reach the final and finished in 4th place – nationally.

The band earned a growing fan-base in the underground music community and critical acclaim with their second single ‘Ambrosia’ (2010).

Through this mixture of success and reputation Expat Records signed them within months of hearing Ambrosia. The band then went on to release two EPs called ‘Mahogany’ and ‘Drenched’ which received rave reviews by the UK and US media.

In Feb 2012, the band travelled to Los Angeles to strengthen their US contacts and industry links and to develop their presence across the Californian college circuit.

The band has since distilled its musical direction resulting in faster, punchier songs that have stronger appeal with the college, grunge, punk and alt rock scenes.

May 2012 – three years after Subset entered the music scene, the band has released 20 songs in total, performed at venues and festivals across the UK and are kicking off their ‘Underground Giants’ tour this summer and a new release planned for the winter.

In 2013, SUBSET released a 15 tracks album called Loverdose and kicked off their 4 th UK tour called 'IT'S LIKE ON TV BUT REAL'.

SUBSET have 6 official video releases on their YouTube channel (http://YouTube.com/SubsetBand).