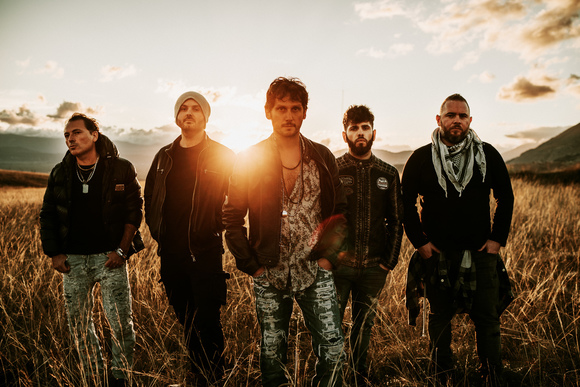 Strada38 is a Rock / Blues band, born in 2017 in Marsica, a region of the Abruzzo hinterland.

The band takes its name from a country road that crosses the Fucino plain, Strada 38 in fact ... and which tells the roots of a territory where before there was a lake_.

The name was chosen by the singer, Giuseppe Ippoliti: “Strada 38 is where it all began. There is my grandparents' house and I lived my childhood there "

The story that binds Strada38 is that of the music and friendship of a lifetime: they are all Marsican and have known each other forever.

Although they come from different musical experiences, they found themselves musically in this project which for them means belonging to the simplicity of their land_.

Precisely for this reason the arrangements of the songs want to be simple, but rich in content

The group consists of 5 elements: