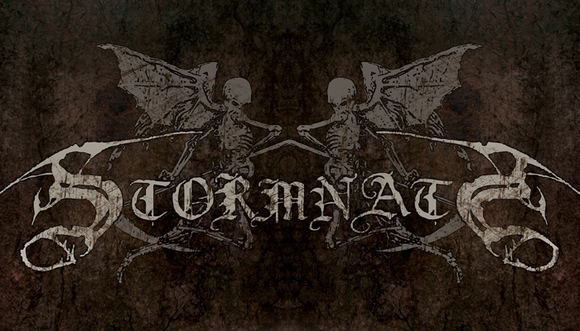 Evoked as a triad in the year 2000, the fraternity of STORMNATT released their primitive, yet much praised first opus “Funeral Apocalypse” through the swedish cult Label THR in 2003! The tape version of “Funeral Apocalypse” was sold out very soon and became re-released on CD-Format by Austrian Ashen Productions!
In league with Ashen Productions, STORMNATT gave birth to the “Resurrection ov the Kvlt” Album in early 2005! A disease in audial form, featuring five tracks totally dedicated to death and solitude, accompanied by a limited T-Shirt, which was printed later in the same year!
Due to the tremendous demand, both Albums have been re-pressed and each has been sold far over 1000 times all across the world!
2005 was also the year STORMNATT began to spread their cursed gospel of death and the word of the illuminating, true light all over Europe! In ceremonies of blood, fire and death they supported and/or headlined concerts/festivals with well known acts such as Gorgoroth, Nargaroth, Shining, Kampfar, Skyforger, Inquisition, Maniac Butcher, Elite, Koldbrann, Forgotten Tomb, Azaghal, Dark Nocturn Slaughtercult, Mortuary Drape, Merrimack...
After innumerable rituals and much acknowledgment from all over the dying planet, the brotherhood baptized their latest disciple Antimessiah to handle the guitar duties in 2007!
In the very beginning of 2008, STORMNATT returned to the vaults to start the recordings for “The Crimson Sacrament”!
Released on the 14th of March 2009, this Album is even more dedicated than the others before, dealing with spiritual death, rituals of sacrifice and ancient magickal rites of necromancy on uttermost high level in every aspect!
After some discrepancies STORMNATT decided to seperate ways from Antimessiah.
A replacement had been found in Hrodgar from Asathor/Bifröst/ex-Selbstentleibung as live guitarist.
Hrodgar played four shows in 2010/2011. After that STORMNATT decided to quit the collaboration with him.
Finally, in the middle of the year 2012, Bernth (Bled Dry, ex-live-session-Belphegor) joined as live guitarist.

Await in 2013 our new full length album OMEGA THERION which will be a lot more back to the roots sounding (Resurrection Ov The Kult/Funeral Apocalypse) but even darker, colder and much more intense than anything else ever created by STORMNATT.
The magickal word of death shall be once again heralded to proclaim that STORMNATT stands solemnly on the pinnacle of Austrian Black Metal!