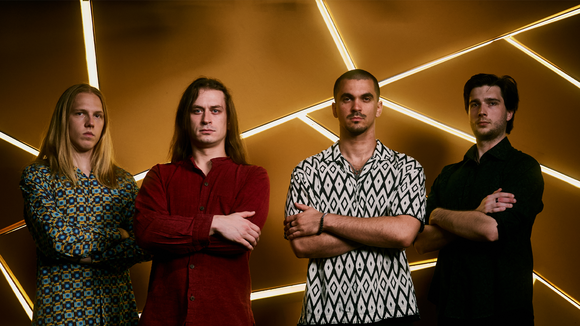 Stain is a grunge metal quartet.

Based in Belgrade RS, they have had a burning passion to create music they wanted to listen to but no one played. Grunge metal was the starting and unifying point of members’ diverse musical backgrounds which encompass progressive rock, alternative metal, classical music and even hip-hop. The band released their debut album Flesh and Form on September 23, 2022. Their latest festival performance was at Balkanrock Festival (Nis, RS) and they will be performing at Urban Muse Festival (Belgrade Youth Center, RS) in December 2022. Stain’s main motto - serve the song!

The band released their debut album Flesh and Form on September 23, 2022. It was preceded by five singles and “Live at King Oliver” EP released in both audio and video format.

Stain has been active since 2014, initially as a cover band. After a few member changes, the band started creating their own music while continuing to play live shows regularly. In 2019, they teamed up with producer Danilo Orbović and started recording their debut album at Orvel Studios in Belgrade. Due to pandemic difficulties, the band finished recording the album in late 2020. It was mixed by Danilo and mastered by Maor Appelbaum in Los Angeles, California.

Stain in the press: