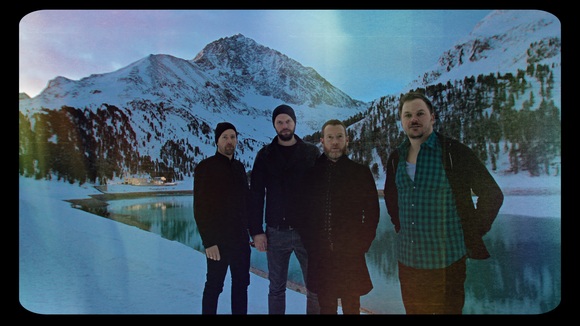 SPERENZI formed in the spring of 2013 in the small city of Innsbruck in the heart of the Austrian alps.

Canadian singer and songwriter, Ryan MacGrath (vocals), was invited by Joe Auer (synths), Andi Liedl (bass), and Phil Hager (drums) to join them for a rehearsal. They had discovered MacGrath, who had recently moved to Austria, on the FM4 Radio website, and thought that he might be the replacement for their previous singer who had moved to London. The three bandmates and MacGrath hit it off immediately, and after that initial meeting they decided to begin working on new material together.
In 2014, after a successful production workshop with notable keyboardist and producer, Adam Holzman (Miles Davis’ musical director and son of Jac Holzman, founder of Elektra Records), SPERENZI began working on their first recording. They hired Canadian electronic artist, Aaron Collier (aka, Chandelier) to co-produce a six-song demo. The result of this collaboration was a group of songs that delved into the realm of electronic pop music, and started the band thinking about new approaches to their sound. Positive feedback from fans, peers and mentors fueled SPERENZI’s drive, and they began writing new material for what would become their first full-length album.
The first three quarters of 2015 saw the band writing and arranging songs in their less-than-glamorous rehearsal space in Wattens, a village just east of Innsbruck which is famous for being the home of the Swarovski crystal company. As SPERENZI mined and polished their new songs, they began searching for a producer who could help them glue together the sonic fruits of their labour. They met with Austrian producer and sound engineer, Andreas Freudenschuss, who convinced them that he was the right person for the job. In November of 2015, following extensive pre-production sessions, the band entered the recording studio with Freudenschuss, and started the recording process.
Over a period of approximately three months, SPERENZI recorded the tracks for their self-titled record at Clearsound Productions in Innsbruck. Influenced by bands such as Future Islands (USA), Wild Beasts (UK) and Radiohead (UK), the group’s record took on a dramatic and atmospheric sound leaning heavily towards dark, 1980’s synth-pop. In the spring of 2016, the 11-song album was completed, and the band began preparing for its release. They teamed up with fellow musician and videographer, Charles Harm, to create two music videos for their songs “Desire” (released online in October 2016) and “Let it Go” (release: t.b.a.) which were both shot in Innsbruck. Leading up to the album release, SPERENZI was featured in several physical and online publications throughout Austria, Germany and Switzerland. The reviews of the record marked it as a “Must Listen” for their respective audiences.
In November of 2016, SPERENZI wowed their fans at their album release concert held in Innsbruck at one of Austria’s premiere venues, Treibhaus. The album was officially released worldwide the previous day on November 25th. After signing with Austrian record label, MARMOTA RECORDS, SPERENZI is currently working on expanding their network within the music industry as well as on planning an extensive touring schedule for the near future.