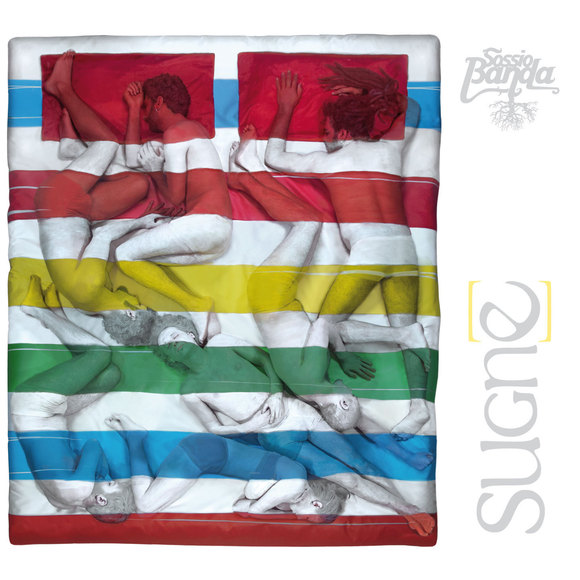 Sossio Banda: 7 musicians, considered one of the most interesting proposals in the panorama of Italian World Music.

Their music starts from the Alta Murgia in Puglia (the heel of Italy) and is contaminated by rhythms and influences of the Mediterranean area through the use of traditional and contemporary instruments. The repertoire includes unpublished songs as well as Puglia’s traditionals revisited and reinterpreted in a World key that gives the band an original and innovative sound rich in contamination. The band’s music deals with universal themes such as socio-cultural integration, peace and brotherhood among peoples.
The group’s leader Francesco Sossio, saxophonist and composer, was born in 1978 in Gravina in Puglia, a town in the inland of Bari. He studied with Andrea Pace and graduated in saxophone from Conservatory San Pietro alla Maiella (Naples). In those years
he played in several Jazz, Soul and World ensembles and, from 2003 to 2007, joined the band of Enzo Avitabile with whom performed in various national and international Festivals along with the ‘Bottari di Portico’ band and musicians such as Baba Sissoko, Manu Dibango, Cheb Khaled, Femi Kuti, Luigi Lai, Maurizio Martinotti and many more; with Avitabile he also recorded the albums Salvamm’o munno (il Manifesto, 2004) and Festa Farina e Forca (il Manifesto, 2007).
All the Sossio Banda members come from different musical experiences, mixed harmoniously creating an original and unique sound.