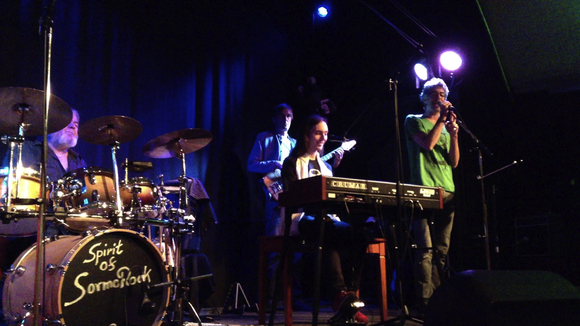 Live band based on the music of Procol Harum, playing "true", involving, live shows enjoyable by everyone, from the prog music expert to those who just want to enjoy a beer with friends while listening to some good music Currently based in Berlin, Germany but ready to rock all over Europe, original band still available in the Turin, Italy area.

Founded by composer and Hammond Organ player Jack Ponissi, SormoRock is an international band not easy to canonize between the constrains of a single musical genre. The band was originally built in Turin, Italy in 2011 and as 2014, as Spirit Of SormoRock, is Berlin based, it blends Rock to Classical harmonies approaching the songs from a R'n'B point of view, always providing an unique experience enjoyable by everyone, from the prog music expert to the ones who just wants to enjoy a beer with friends while listening to some good music.

Starting from the ideas and the repertoire of the mythical English band Procol Harum the band is also a vehicle for new ideas, bringing on stage new compositions written in a style that wouldn't fit easily a traditional rock band.

Since the beginning, in 2011, SormoRock distinguished itself for being able to bring on stage the complex songs of their repertoire at the best, with little compromises, over time it lead to a few interesting landmarks, such as the recording of the album Slidin' On The Sand (also with jazz player Alfredo Ponissi on Saxes and Flute) or performing at the notorious Jazz Club Torino (the night after Brian Auger!). In July 2013 Jack Ponissi joined forces with the Beggar's Farm to perform a charity event also featuring, among others, Procol Harum's own Geoff Whitehorn on Guitar and Jethro Tull's Martin Barre and Clive Bunker.

Shortly afterwards Jack Ponissi moved to Berlin, Germany to live the life of a full time musician and, apart from performing with other local bands, he rebuilt the band under the name Spirit of SormoRock. A first concert was held in April 2014 and the new band is ready to rock once more!

These days SormoRock, performs mainly as a Procol Harum tribute, bringing on stage their repertoire at the best, plus a few original songs written and performed in the same style, also putting up a live show that will make you feel of "being under a big stage".

Jack Ponissi is always available for other formations as well and is a long standing member of the international Procol Harum community, since the beginning of 2014 he is the administrator of the FaceBook Procol Harum group and has a close relationship with members of Broken Barricades, the only other Procol Harum based band currently active (in New york City).