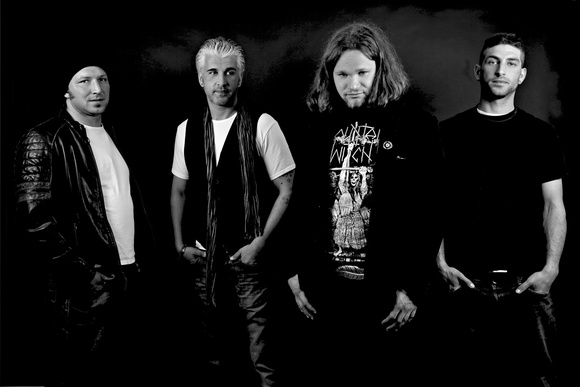 Sick 'n' Tired is a Rockband based in Cologne, Germany.

The band plays classic rock with a modern touch and cool vintage vibes. We're influenced by our hometown by our friends and families and of course by the history of rockmusic. Greetings from Cologne!

One year after initially hitting the circuit as a cover band back in 2007, the band’s founder and lead guitarist Dirk Schaefer, teamed up with the impressive groove-making rhythm section Domingo Terhe Clark (Bass) and Deniz Muric (drums). In the meantime Dirk had been busy writing songs, creating an arsenal of swaggering classic rock inspired riffs. The trio also saw a whole bunch of singers come and go. The Cologne four-piece was finally complete mid 2011 when Patrick Rose joined the band providing rhythm guitar and dynamic vocals.

At the end of 2013 they were back in the studio recording 3 brand new songs. Their first single ‘Crow’ with ‘Big River’ on the B-side was released on May 2nd 2014.

The digital single is now available worldwide. Additionally, a physical format is available as a limited edition to fans in Germany – this format also includes the 4 tracks from the 2012-EP.

Crow and Big River can now be heard on several radio stations. The world premiere of Crow was aired on the US radio station KKID 92.9 fm Salem/Roll while Big River took the LabCharts by storm (Dutch Independent Music Network Portals Labtones).

In addition to numerous live gigs, 2014 will see the release of several more tracks and the band will be back in the studio to record a full album.