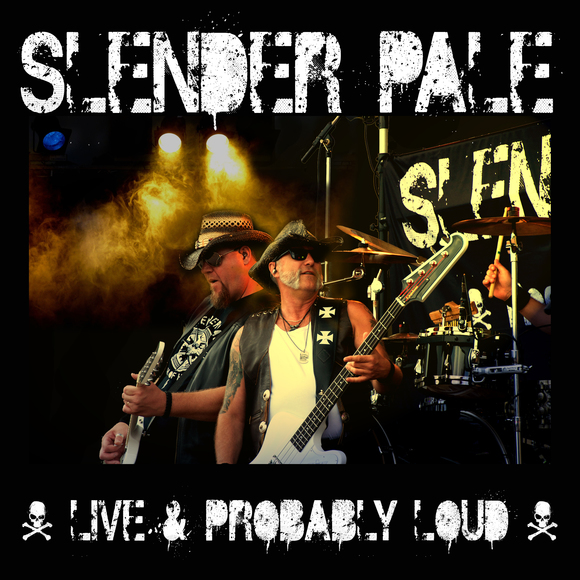 -Rock ‘n’ Roll Or Die- This is Slender Pale.

Slender Pale was formed in late 2015 and developed from Gus and Nennes recording project when after a while we really wanted to try the songs live.
-Gus "I remember the day when we were all fed up with playing coverbands and Nenne suggested we should form a band and play some really heavy shit, some kick ass Rock ‘n’ Roll.
Long story short, drummer Gunshot and guitarist Nic was recruited and the band was a fact!
Later guitarist Nic left the band (no hard feelings, still a mate) and we decided to move forward as a trio.

Sound and genre wise, it’s hard rock, it’s rough around the edges and it’s “no rules apply”.
We write the songs as they come, and the nature of being a power trio does the rest.
All members have different influences that just brings to the equation, Black Sabbath, Motörhead, Van Halen, Rush,to mention a few
The plan is simple, write great songs and play live as much as possible!