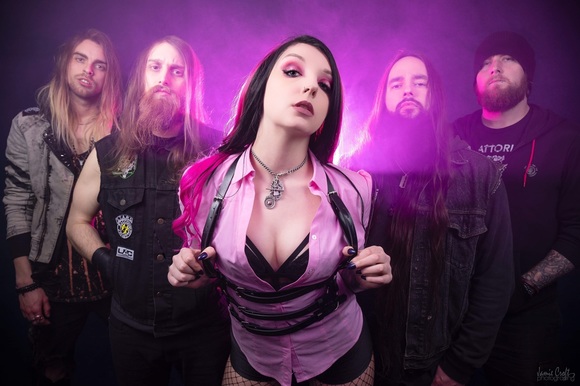 Sister Shotgun are a UK based hard rock band hailing from the West Midlands. In the 4 years they have been a band, they have gained publicity and features in the UK rock press within the publications, Kerrang!

They have also had the pleasure of supporting well known rock and metal acts such as Butcher Babies, Kobra and the Lotus, Fearless Vampire Killers, William Control and Skarlett Riot as well as playing UK Festivals such as Fort Fest and Macmillan Fest earlier this year.

Their upcoming EP, Devour, has been produced by award winning producer, Romesh Dodangoda along with Their current single, No Hope.

Sister Shotgun are a visual and conceptual band who puts all of their energy and passion into their story telling with each performance, each music video and every song.They create a furious yet catchy mixture of hard rock and metal with a stage show to match