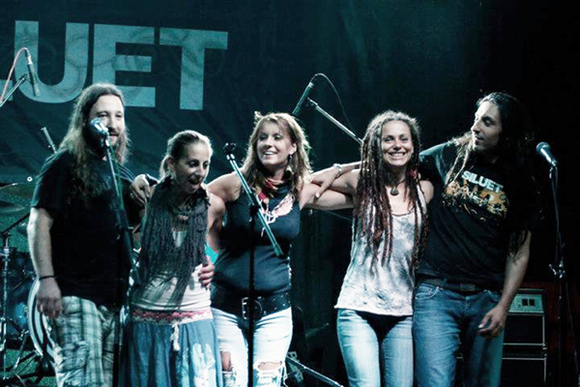 The vocal talent of the two front-women along with the instrumental skills of the other members of the band are at the heart of their thrilling live shows. So far SILUET released 2 albums:
'The Road' 2008 and 'Look Inside Yourself' 2012

The road of the band passed through a lot of festivals and different live venues on the Balkans and in Europe,
where they perform their unique and explosive mixture of classic rock ‘n' roll and a bunch of other styles varying from blues and progressive rock to Bulgarian folklore rhythms.