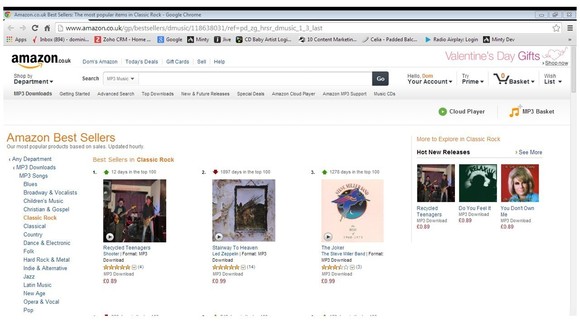 A good time classic rock band from London..fromed from the ashes of straight shooter...self penned charity sngle "recycled teenagers " was released in January 2014 and Hit No 1 in the UK Amazon Rock charts..New albume is currently being recorded for relase late summer 2014..including tracks written by Ex Bad Company guitarist Dave Bucket Colwell.

Catch them live while they still are!!!

In the 1970's Straight Shooter were formed by four young lads from Farnborough Hants. They soon became popular in the South of England performing sells out shows in such legendary venues as the Coach and Horses Farnham, Tumbledown Dick in Farnborough, The Agincourt in Camberley, Hexagon in Reading, and the Wooden Bridge in Guildford.
In 1979 original members Pete Luck (vocalist) and Dom O'Riley (guitar), where joined by Tony Ecclestone (bass) and Mike O'Riley (drums). They then released their own 7" single Straight Shooter/She's So Fine which became a local classic. So much so that over the years it became one of the most sought after indie vinyls, going for as much as £300 a copy on E-Bay. In 2010 Sing Sing records of New York re-released it and Tony and Dom decided to throw away the Zimmers and form a new band Shooter with Mick Bullard on drums. After a highly successful sell-out gig at the Grey Horse Kingston in 2012, the boys did a global intergalactic world tour covering venues across the UK. In late 2013 Mike O'Riley joined and on 27th January released the soon to be classic charity hit “recycled teenagers”!!
Ian Turner ,our rock god producer has also taken on the role of rhythm guitarist
This single has already received national coverage and has reached No 1 in Amazon’s Classic Rock charts and is one of the bestselling independent rock downloads this year. Playing their own fun brand of classic rock they are playing sell out gigs all around the country with a number of festivals in the summer.
The band are currently in Pearce Farm Studios recording material for the album “Recycled Teenagers” out later this year
Check Out the video here: https://www.youtube.com/watch?v=QRaOY9yEzlE