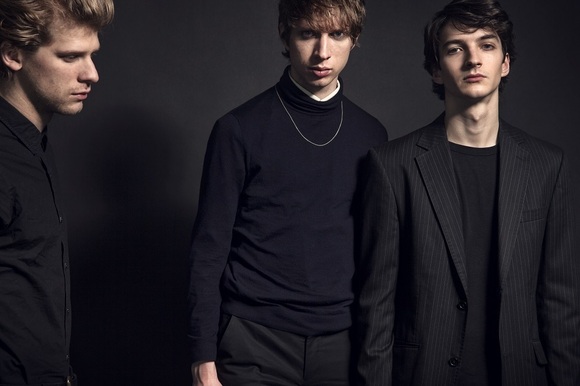 The jagged modern-gothic sound and style of songwriting of this fresh-faced Copenhagen four-piece has led to comparisons to rock ‘n’ roll luminaries past and present, from The Jesus and Mary Chain and Joy Division to The Horrors and Savages, earning them praise with both UK and US music media.

"Dark intensity of this calibre is a rare thing: Savages‘ Jehnny Beth has it, Nick Cave has it, Suicide have it and based on the evidence we’ve heard so far, Shiny Darkly’s Kristoffer Bech certainly has it." - Line of Best Fit
“ 'Dead Stars' displays more than a touch of Krautrock's more deviant side, with the vocals soaring into Horrors territory. Yet there's also plenty of Shiny Darkly's trademark dirty psychedelia, with the track soaring off into the outer reaches of the consciousness.” – Clash Music