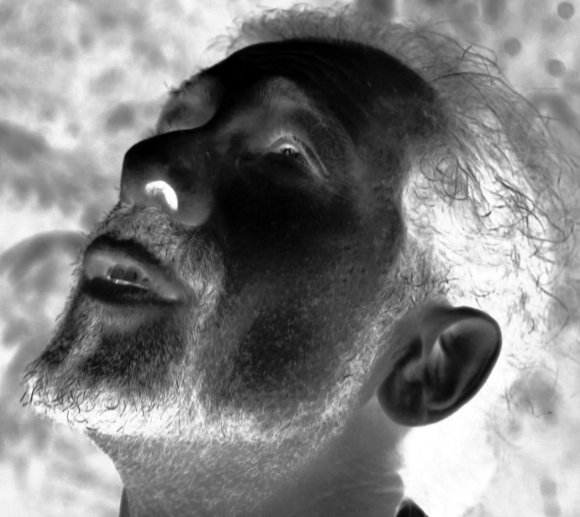 I use my computer and controllers on stage.

I grew up in Moscow, USSR, spending much of my childhood as training as classical cellist and
composer. Starting in very early age performed publicly. At age of 12 begun to play
improvisations. With 15 years turned to rock music and spend 5 years playing in bands. «DK»
in USSR, «White out» in Israel, «Unterwasser», «Ersatzmusika» and «James Lost» in Berlin.
Since 1994 based in Berlin, since 1995 returned to academic music and in 1996 started to
study electroacoustic music (audio design) and composition in pilot project between HfM
«Hanns Eisler», HdK and Technical University Berlin.
Studied composition in a class of Prof. Paul-Heinz Dittrich, electronics with André Bartetzki and
at Technical University master classes with different gast-Composers of electroacoustic and
acousmatic music. While studying compositions were played around the world – From USA and
Brazil to Russia.
Participatied in a number of festivals (Kryptonale, Transmediale, others), performed own
electroacoustic compositions in Berlin, Tel Aviv (Israel) and Paris.
1998-2000 worked as Audio designer in «Museum der Dinge» in Martin-Gropius Bau Berlin.
The same pediod of time started to produce installations.
Since 2001 and until early 2010 with small exceptions concentrated on producing mixed media
Installations and improvisation with «Objets trouvés», as well as workshops on electronic
music for children. Performed at venues in (among others) Tel Aviv, Jerusalem, Berlin,
Granollers (Spain), Zagreb.
Since 2010 started to work with theater – as musician and composer, creator, director,
performer.
Currently Performing electronic improvised music in different locations from Berlin to Barcelona
and Moscow.
Amongst other works are performances “Booroloola”, “Road scetches” and “Road picnic”, which
have been played in different festivals and stages (2010-2013).