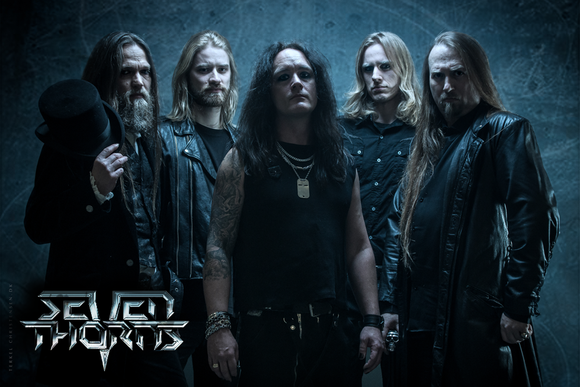 Beneath a Crescent Moon

Seven Thorns has a brand new album ready for release.

It is by far the strongest output from the band yet in their 10 -year career. Entitled “Symphony of Shadows” it shows the band from a darker, heavier side than on the previous releases, yet still displays their trademarks: A strong sense of soaring melodies and high -end compositions, their roots in Euro-power and their extreme technical capabilities.

At Copenhell 2017 the audience witnessed the band perform a smashing show, receiving top reviews from the Danish metal Medias and leaving the crowd in awe.

Playing festivals with Freedom Call and Primal Fear and the successful European tour with Blitzkrieg in December 2018 proves that Seven Thorns has the potential to make it really big.

Metal Is Your Destiny!