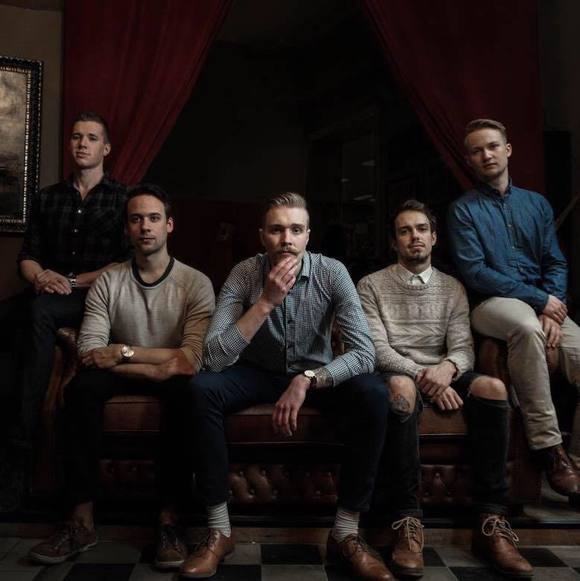 Set Before Us is an alternative melodic metalcore band from the suburbs of Stockholm, Sweden.

Since their beginning, the band have developed a mature, polished sound which goes against the grain of traditional metalcore.

Set Before Us was formed in 2012 when five good friends came up with the idea to create music together. The quintet quickly established themselves in the local alternative music scene. While frequently playing in youth centers and pubs around Stockholm, the band quickly gained a following. Set Before Us released their first single entitled ‘Wildfire‘ in 2014, which received many positive reviews. With the wind at their backs, they quickly released their debut EP Voyagers (2014). Armed with a new repertoire and a growing fanbase, the band began playing more frequent shows. 2015 saw the release of another single, ’Highborn’, and followed up with their second EP Enigmas (2016).

The band frequently tours outside of Sweden as well, in Germany, Belgium, the Netherlands, United Kingdom, Estonia, Ukraine, and Russia. Throughout 2017, in between tours, Set Before Us spent most of their time writing new material and shopping pre-production demos of new material to labels. In June, the band caught the attention of Eclipse Records (Mushroomhead, A Breach of Silence, Bobaflex), and signed to the US-based label in January of 2018.

Right now, Set Before Us are currently in the studio, finishing up their debut full-length album which will be released in the Summer of 2018.