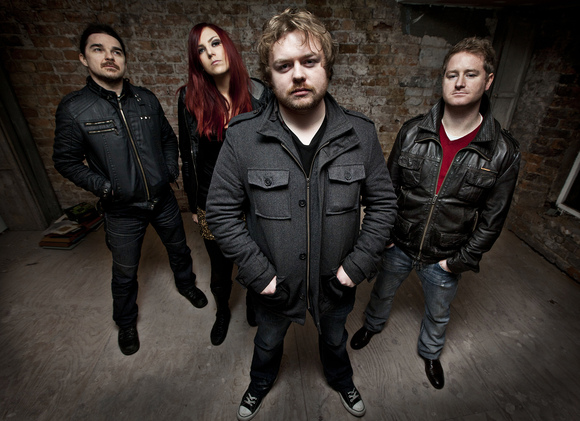 Formed in late 2006 in Limerick City, Ireland, Senakah started writing songs for their debut album Sweeter Than Bourbon, which was released in 2008 to critical acclaim and saw two of their singles enter the Irish charts.

'Smile' making the top 30 and 'Clarity' reaching no.19. Following several Irish mini tours, including sharing stage time with established Irish acts such as Fred, Republic of Lose, The Walls, and Delorentos, the band were invited to the US by an American promoter.

Over the next three years they played several tours there, racking up well over 300 shows and taking in over 40 states, including legendary venues such as the Whisky A Go Go in Hollywood and playing with a few musical giants along the way such as Arrested Development and Bernie Worrell (Talking Heads and Parliament Funkadelic). In 2011 the band returned home for some much needed rest and most importantly, to write and record their second album. Though many of the songs had been written on the road, they spent the next 12 months working on the remainder, while also taking in short tours of Ireland, the UK and Scandinavia.

2013 was a big year for the Senakah which saw them release their long awaited second album, Human Relations. Produced by Cranberries guitarist, Noel Hogan, and engineered by Owen Lewis, Human Relations is a striking blend of guitar laden melodic pop and modern rock. The album was preceded by its namesake first single 'HumanRelations', which saw huge success on both the national airwaves and on YouTube. A second single 'Ugly' proved to be another hit on the web, racking up over 200,000 views. Senakah's material has since enjoyed numerous placements on Irish national television and radio, including several placements on The Late Late Show and The Media Show on RTÉ Radio.

The bands hard work further paid off with a recently endorsement from audio equipment giants Peavey and the news that they've just been picked up by Kanoon Records in Germany, with a planned large scale release coming.