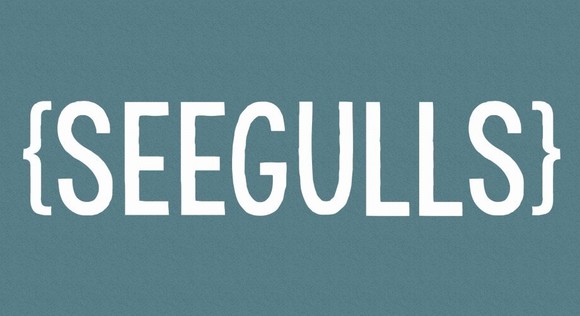 "As soon as you see five lads all clad in what appears to be the current trend, you immediately think you’re about to watch a newer version of The Strokes.

When three of the five lads pick up guitars you start to wonder, could this be The Maccabees. But when Seegulls start playing, you’re aware that it’s them, it could only ever be them." ~ The Pentatonic

"...a mouthpiece for those who who are disenfranchised" ~ The Culture Journal.

We are {Seegulls}, an indie band based in Chester and the North West. In the past two years, alongside studying Popular Music Performance, we have been gigging across the country and building contacts around the UK. Influenced by bands such as The Libertines, The Strokes and The Smiths, our ultimate desire is to take the music world by storm. We take “fusing catchy guitar lines, passionately sung lyrics and an unrivalled energy to our gigs and do everything in our power to get people up and dancing. We offer something fresh to the decaying genre of indie rock”.

Since 2014, we have performed across Chester, Manchester, Liverpool, Nottingham, Sunderland, Wrexham, Oxford and so on. Some of our proudest achievements have been playing The Cavern in Liverpool with Dave Monks of BBC introducing, Studio 2 in the same month, and Manchester Bierkeller at the end of our 2015 tour. We have had similar success locally at the Chester Live Rooms, consistently getting amazing responses from keen audiences. Some of our highlights have also been performing alongside “The Sunshine Underground”, “The Magic Numbers” and “Clay”. We've also been played on Radio 1 by Huw Stevens, Radio 2 by Dermot O'Leary and Radio 6 Music by Tom Robinson and Steve Lamaq.