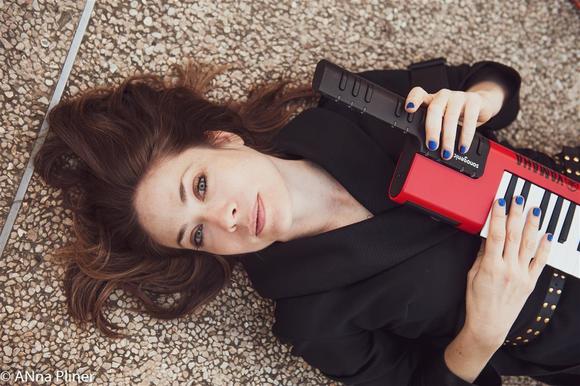 Sarit Shatzky (AKA SCHATZKI) was born in Israel.
At the age of 6 began her studies on the piano. The technical proficiency required and pressure of a busy practice schedule led Schatzki to eventually find escape in the burgeoning Tel Aviv underground music scene. As every teenager or artist worth their weight does, she began to rebel against conformity and the structure of the classical world becoming fascinated with Punk rock, Heavy metal and Goth. She formed her first punk band at age 16 and at 17 began to DJ in Tel Aviv’s underground and punk clubs.
Fast forward
After touring the globe with dance group Sheketak, Schatzki finds herself living in Berlin. Europe's capital of gender equality, political punk and a world renowned classical music scene. The key elements that make up Schatzki as an artist.
Schatzki’s broad musical knowledge from classical to heavy metal is tastefully combined in her unique approach to the piano and manifests itself in a playful originality throughout her song writing.
Think Nine Inch Nails taking the Sex Pistols for a date with Regina Spektor. Live examples of her piano skill are showcased in her live piano renditions of famous covers, such as Aha’s “Take On Me” and Dead Kennedys “Holiday In Cambodia”. A classical pianist turned glam pop punk feminist slaps you with her thought provoking lyrics atop synth driven upbeat electronic music. Making sure you think while you dance.