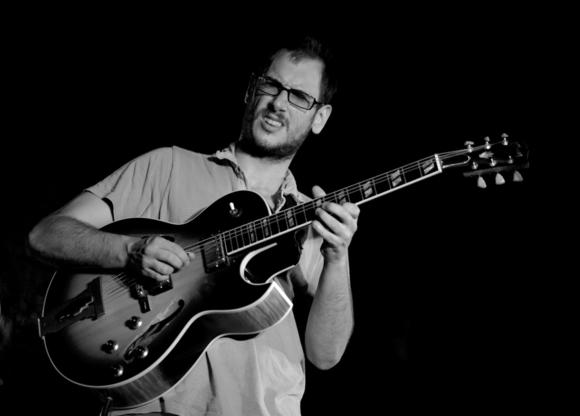 “Aside from confident playing, there is a strong compositional personality at work here, where Balkan meters meet popular dance forms, driven forward by an irrepressible style and an occasional taste for the absurd.” – Gerry Godley, Improvised Music Company Georgi Sareski is a composer, arranger and guitarist.

He has recorded seven albums of original music and has worked with the likes of Francesco Bearzatti, Luca Aquino, Ernst Reijseger, Oscar Salas, and many others. Sareski is a graduate from Berklee college of music in Boston, USA, which he attended from 2001 to 2005.

Since 2014, Georgi Sareski lives and works in Berlin, Germany.

He is currently performing out of Berlin with an impressive unit including trumpet player Nikolaus Neuser, drummer Boris Bell and bassist Christian Schantz.

"A guitarist with a unique style, and a composer with fertile imagination" - allaboutjazz.com