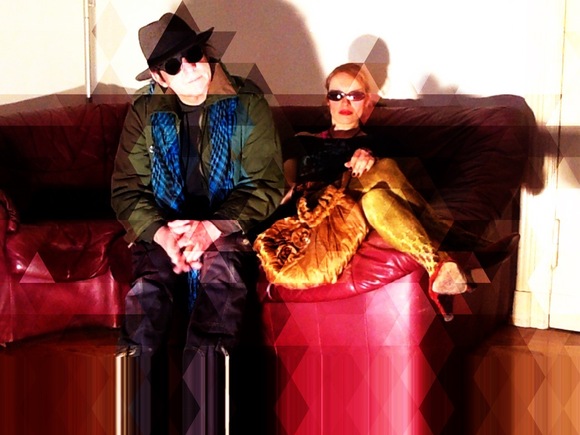 The two characters of ruby& found together from their different planets to create a new mixture of rein rubine`s electronic pop & the fragile singer/ songwriter arrangements of Ruby Carbone which are carried by her manifold voice.
The duo played & wrote music in former projects & bands. rein went into music within recording on tapes while he was working in a music studio. He learned all about electronic equipment while using everything what makes a sound that he could lay his hands on. He was a member of kollaborea, The Sick Maries & schoolgirl where he composed the music in his experimental soundlab that he developed through the years. He & his girls played a lot of concerts & they did some music videos together.
Ruby started singing at an early age, wrote lyrics & short stories in her teens till now. Meanwhile she formed a good friendship with the piano & composes songs since more then 15 years. Before she wrote her songs on the piano she was the founder & member of Aura Navarre where she worked with different guys on electronic music & also hand made arrangements. In the last years she got more into the piano & played solo-shows & at festivals as Andrea Kermiser.
Two ways into music merge to subversive pop - ruby&. Now they're on the road!