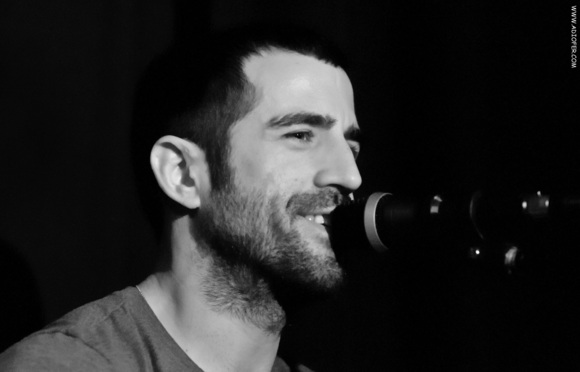 A new and unique voice has emerged in the independent Israeli music scene.

His name is Roy Dahan. Born and raised in the Israeli village of Corazim, and growing up on musical influences such as Nick Drake and Leonard Cohen alongside classic Israeli singer songwriters

His name is Roy Dahan. Born and raised in the Israeli village of Corazim, and growing up on musical influences such as Nick Drake and Leonard Cohen alongside classic Israeli singer songwriters, Roy began his career as a professional singer songwriter at the age of 30. His musical journey began with solo performances at small venues and gradually developed into elaborate performances on some the country's major stages, accompanied by his band. Three years later, Roy Dahan has already established an impressive reputation for himself within the dynamic local scene, with the release of his debut album, "Some of This Life" in 2011. The album received critical acclaim, as well as public praise, with two singles "Does Anyone Know" and "State of Mind" making it into the playlist of the nation's most popular radio station (Galgalatz) "state of mind" was the most played song for 2012 at 88fm radio. Chosen by 'Time Out Tel Aviv' as the best album for 2011, "Some of This Life" has proven to be a significant milestone in the developing folk music scene in Israel as well as a personal achievement for a singer songwriter who set out to bring something extraordinary to his life, and ours.
In September 2013 Roy's new album, "The Man in My Head" released. With a rougher rock sound to it, including electronic elements, the new album expresses a more progressive side of his music. In April, Dahan performed at the 'Liverpool Sound City' Festival, and was the only Israeli artist selected to participate in this important international event. "The Man in My Head", as well as the live performance, received rave reviews by critics and audiences alike. "For anyone unaware Roy is not just a one off as a musician in his native Israel but a very big tip of an enormous all-encompassing iceberg and his songs speak of a certain quality that goes beyond borders and checkpoints and instead reaches out for a truth in the rarest of human lives, understanding without damnin…" (Liverpool Sound and Vision, Ian D Hall).