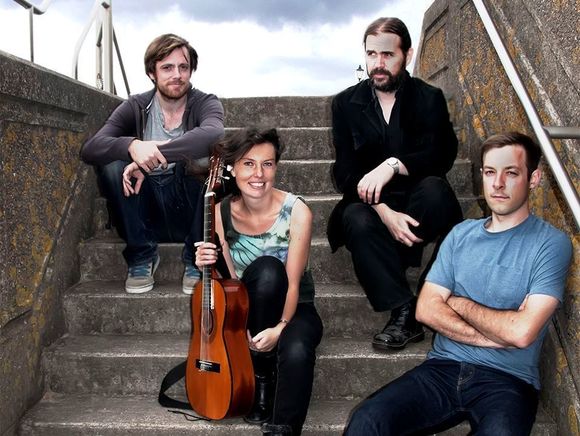 Rosie Eade "Folk-Pixie", "One of the loveliest new voices on the folk and acoustic music scene" (Village Pump Folk Club, 2013), she leads the band in both lively and evocative songs; life inspired stories written over a number of years gigging solo around the country, interspersed with carefully chosen traditional gems, all arranged around her love of folk, rock and thrashing her old nylon strung guitar.

Likened to the voices of Kate Bush, Maddy Prior and Grace Slick, yet inspired by The Who as much as Steeleye Span, she is equally accomplished within the acoustic-folk and old school rock genres - a "Confident and punchy acoustic rock presence," (Rock-n-Reel, 2016). This dual passion shines through in her new band album "Battlestorm" (2016) which tells of the many real battles and conflicts, emotional and physical, faced in both our modern and historical lives. Heartfelt stories brought to life by Rosie and her band mates Steve the Mandolin Matthews, Simon the Bass Stanley and Niall the Drum Robinson; described as "sonically superb" by BunkFest Main Stage, 2016.