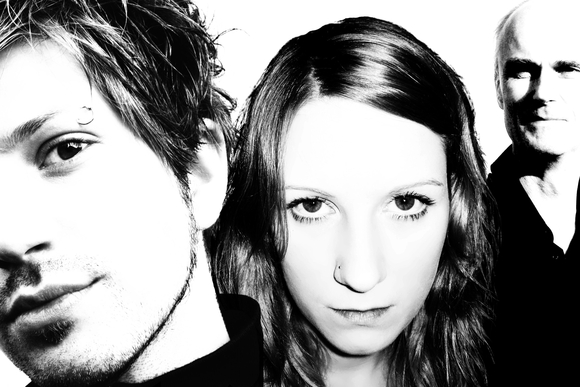 ROIA makes dreamy, spherical electronic pop music - at once both minimalistic and extravagant.

In October 2014 ROIA’s new album "Dead Space Worrier“ will be released and promoted with a concert tour. Unlike lots of electro pop bands, ROIA performs on stage with acoustic instrument supported by a light-show and superb visuals.

Nina, Dorian, Paul and their recording studio: the simple elements that make up ROIA. Their dreamy, spherical urban electronic pop combines different styles and influences into a sound world both weightless and melancholy, international and yet familiar, at once both minimalist and extravagant.

ROIA is Persian for dream; that dream began in 2000 when the band started to experiment with musical ideas. It’s a craft thing. The protagonists don’t just copy other people’s styles, but create their own distinctive sound. They take the time to arrange and develop their musical ideas. That kind of “tender recklessness” catapulted ROIA’s single Suicide Butterfly onto the turntables of Austrian indie radio station FM4. For Markus Deisenberger of Sound and Media, Suicide Butterfly was “one of the most beautiful pop-songs of the year.”

Their second album,Suitcase Affair, was released in 2013 (monkey- music/Rough Trade). The press was united. “One of today’s most exciting bands lately released their new album. And? Brillant!” (Kurier, Vienna). After a successful live launch of Suitcase Affair, ROIA was invited to play at a major multimedia event directed by Hubert Lepka, and the video of their single Sign of Rain was played on GoTV Vienna.

In October 2014 ROIA’s new album Dead Space Worrier will be released and promoted with a concert tour. Unlike lots of electro pop bands, ROIA performs on stage with acoustic instruments rather than relying on the default live DJ performance. Drums, bass, guitar, keyboards, trombone and two vocalists are supported by a light-show and superb visuals.