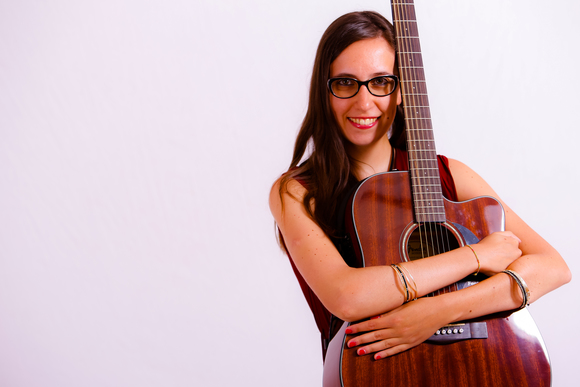 Born in 1989 in Sicily, Southern Italy, I live near Lake Como and I have always sung and listened to music.

At the age of 9 I understood that music would be the most important thing in my life because I sang “Colors of the wind” from “Pocahontas” in front of my family: so I started to write my first songs in Italian at 10, while at 14 I started to play the guitar. Then I began to write songs in English, to play as a soloist and in a group and to study singing technique. In 2017 I started to play my songs everywhere in Italy, participating in and organizing a lot of musical events. In may 2018 I won two special prizes, while in august 2018 I won the First Prize of the New Proposals at Live Song Festival in Traversetolo: the Italian composer and musician Fio Zanotti chose me as the winner. I’m in a lot of Facebook music groups, like “Gruppo Musica Inedita”, “The Quarantine Sessions” and “#iosuonoacasa”, where I do live streamings to prevent contagion from Coronavirus.

In april 2019 I won a special prize for my song “Fiume in piena” at CET – School of authors of the Italian composer Mogol. I also write the lyrics for songs composed by other artists and the music for other musicians’ lyrics. In 2019 I studied Musical at the school Stendhart in Oggiono, Northern Italy. On the 8th June 2020 my ep “Once upon a time” was released in the digital stores: it contains two tracks in English, “A thousand wishes” and “Too late”, and two tracks in Italian: “Fiume in piena” and “La nostra meta”. In February I have just released my new song "In questa vita".