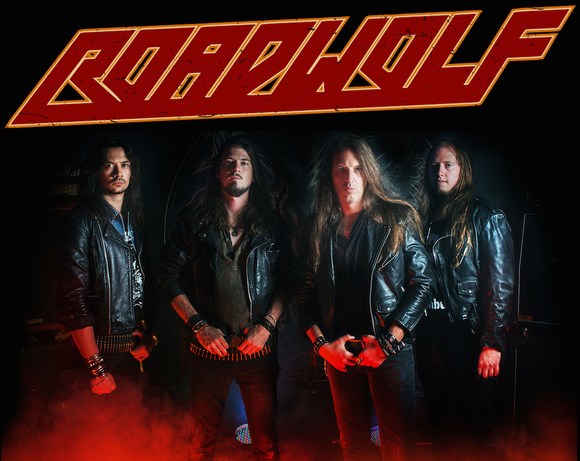 Enrooted in the heavy sounds of the 70s and 80s, this band will make no compromise in their show and sonic attack - addicted to playing live they are ready to rock everything that´s got a stage!

Austria. In fall of 2012, ROADWOLF decided to kickstart right into the again uprising austrian classic heavy metal scene.
After a short time of rehearsing, the 3-track demo “M.I.A.” was released in January 2013, and in 2014, after lots of live shows, the band recorded a 4-track Mini-EP, unofficially named "Never Surrender", of which two tracks were released on the "Austrian Heavy Metal Alliance" - vinyl compilation LP at "The Doc´s Dungeon Records".
They are now working on their first full length-album with their new singer, Franky.

ROADWOLF is a real live band and has a history of playing with some great international artists like LIZZY BORDEN (US), VICIOUS RUMORS (US), ENFORCER (SWE), SKULL FIST (CAN), VANDERBUYST (NL), NIGHT DEMON, STEEL HORSE (ES), SKYCLAD (UK) and many others; they have also contributed their music to underground movies like “Das Ding aus der Mur” (2012) feat. Lloyd Kaufman of Troma Entertainment.

Playing live at the WACKEN Open Air in 2014 marked the high point for the band so far...
and made them hungry for more!