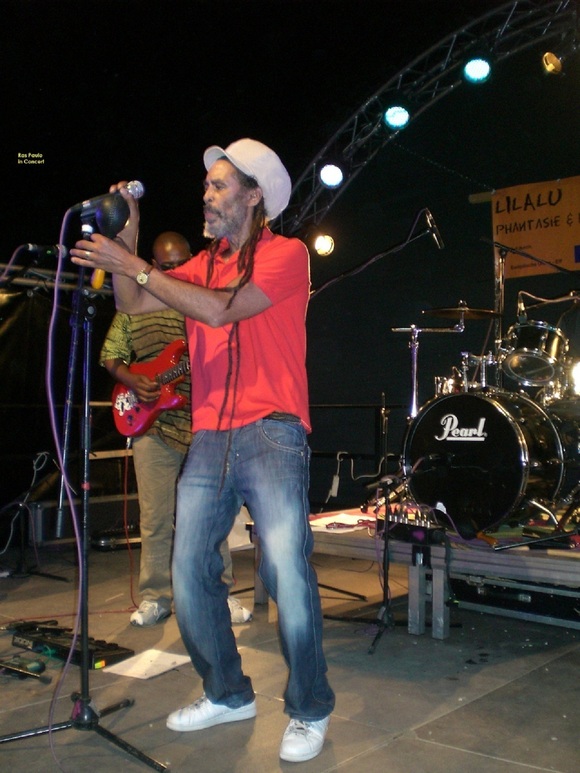 Ras Paulo is a motivated Musician not Local, Region but International songwriter, a storyteller, Stage Performer.

Bio
Ras Paulo is a trustful singer songs writer, Reggae Artist Born and raised in the Island's of Cape Verde.
His Music is a kind of mystic Reggae world hat will have your mind and soul in trance and on the beach, you will love Ras Paulo music and you will play his songs again and again.

Sit back and get ready to feel the nature and the vibe of the song.
Truly Sound Boy, Dance Hall, pure energy the song *A LITTLE BOY Bidibida*.
cdbaby

Easy Listening songs:
Persona non Grata,
Where Happiness Lives,
Give A Little Bit Of You Inna Berlin or
Find out the value of the songs.
Lyrical and rhythmic.

My song should deliver at least 3 elements says Ras Paulo, Melody in the voice, emotion and spiritual expressions.
Such as a heart beat. Effectively to fulfil the complete package for gladly listeners, You can find the magic listening his songs,
The man that in his childhood he wanted to be athletic, Marathon runner, Football player or any other kind of sports,
And landed as a singer songwriter and stage performer.

Integrated in a musicians friendship they opened the Microphone, Coming closer to the microphone, and blow in a tone deeper or higher on the Mic.

They took him to Spain touring in Spain, performing cover version songs with the band, casting winner his father as an entertainer in the family, singing and playing guitar , Ras Paulo continually developing his music culture, Getting deeper into the music world suddenly he found music in his head along the way into another music world called Reggae, Rasta Roots.

Bob Marley, Peter Tosh, Bunny Wailer all those reggae Prophets turn up his head they showed him a new bright light, Interpreting his own songs inspired from his own environment, own life experience in the world as a multicultural.

Born and raised in the Island's of Cape Verde, Growing up in the music scene
at the age 16 years old his parents brought him to Europe raising around attention from People in his circle, pretenders of his voice, or his original art of singing.
Over 20 years in music scenes.
You might fall in love with his sound on the second bar.

His first CD Microphone is like one speaking to him or herself,
A reflection of the most inner parts of the soul.
Sit back and get ready to feel the nature and the love of the youth's true pure energy.
Ras Paulo's Music master full works songs collections, you will want to hear his music over and over again Because it grows on one's mind body and soul.

Ras Paulo is a trustful Reggae Artist a big portion of Reggae music inside of his SOUL.
Melodic, cultural and authentic.
By Robert Glorious.